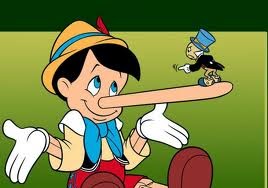 As proof, he said that Alberta’s bitumen is no dirtier than other heavy oil. This tawdry piece of sophistry completely disregards the real comparison his words so carefully avoid – the relative emissions from conventional versus tar-sands oil from well to refinery.

But, as when he was confronted with crime statistics or the long form census, facts have absolutely no relevance for the man who likes to call himself an economist:

As the European Union discovered before issuing its Directive on Fuel Quality that eschewed Alberta bitumen, tar-sands oil is 22% dirtier than conventional oil, emitting 107 grams per megajoule of CO2 equivalents as compared to 87.5 grams from light, sweet crude. The corporate Tories and their enabling army of flat-earther, climate-change deniers may seethe, but the science is what it is.


How can one justify such a blatant lie? Well, like Conrad's Mr. Kurtz, perhaps Stephen Harper is hollow at his core. Or perhaps Gerry Caplan has it right:

Like the American conservatives whom the Harperites so envy, our government has concocted a new reality of its own that it is systematically imposing on the Canadian people. The values and moral code of Mr. Harper’s new Canada are clear.


Whatever the reason, what comes so confidently from Mr Harper's mouth usually has no relation to the facts. There are lies and damned lies. Increasingly, the Harper government  shows a fondness for the latter.
Posted by Owen Gray at 8:56 am

Yep. He's just a serial liar. Nothing he says should be taken on faith.
Nothing.
Free advice for journalists.

Let's hope they take your advice, thwap. The opposition will have to be extra-parliamentary.