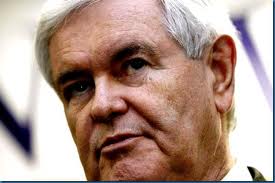 Paul Krugman writes that to win the 2012 Republican presidential nomination, "there are only two ways to make the cut: to be totally cynical or to be totally clueless." Mitt Romney is the cynical candidate:

Romney embodies the first option. He’s not a stupid man; he knows perfectly well, to take a not incidental example, that the Obama health reform is identical in all important respects to the reform he himself introduced in Massachusetts — but that doesn’t stop him from denouncing the Obama plan as a vast government takeover that is nothing like what he did. He presumably knows how to read a budget, which means that he must know that defense spending has continued to rise under the current administration, but this doesn’t stop him from pledging to reverse Mr. Obama’s “massive defense cuts.”


All the others are clueless -- except Newt Gingrich. He's not clueless. But he's no towering intellect, either:

He is by no means the deep thinker he imagines himself to be, but he’s a glib speaker, even when he has no idea what he’s talking about. And my sense is that he’s also very good at doublethink — that even when he knows what he’s saying isn’t true, he manages to believe it while he’s saying it. So he may not implode like his predecessors.


More importantly, he is a deeply flawed candidate, who is the incarnation of what the Republican Party says it despises. He has effectively turned government to his personal advantage. But it would appear that Republican loathing for Romney and Obama could make Newt king.

Newt's resurrection says even more about the Republican Party than it does about Gingrich.

This entry is cross posted at The Moderate Voice.
Posted by Owen Gray at 8:42 am