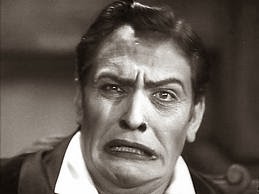 Conservatism, like Dr. Jekyll, has undergone an ugly transformation. Those who claim that mantle these days say they stand for liberty. However, they have long forgotten Edmund Burke's caveat: "But what is liberty without wisdom, and without virtue? It is the greatest of all possible evils; for it is folly, vice, and madness, without tuition or restraint."

And, on the subject of restraint, they have also forgotten Burke's dictum: "I have never yet seen any plan which has not been mended by the observations of those who were much inferior in understanding to the person who took the lead in the business."

Instead, they have turned to Ayn Rand, who confidently proclaimed: "If any civilization is to survive, it is the morality of altruism that men have to reject." For Rand, selfishness was a virtue. The central problem each human being faced, she wrote, was simple: "The question isn't who is going to let me;  it's who is going to stop me."

And these days, the question of who is going to stop me is particularly important when one considers the problem of truth telling. In Canada, Stephen Harper's Conservatives have implied that Irwin Cotler -- who made an international reputation helping Soviet Jews emigrate to Israel -- is a closet Anti-Semite.

In the United States, Newt Gingrich has accused Barack Obama of being "the best food stamp president in history."  Mitt Romney has resorted to a flat out falsehood:

“President Obama believes that government should create equal outcomes. In an entitlement society, everyone receives the same or similar rewards, regardless of education, effort and willingness to take risk. That which is earned by some is redistributed to the others. And the only people who truly enjoy any real rewards are those who do the redistributing — the government.”


Presumably, that is why Wall Street and General Motors have recovered so nicely -- and why corporations are sitting on so much cash.

The simple truth is that today's Conservatives are not conservatives. They are radical libertarians, who have unleashed some ugly demons. It's time for truth in advertising.

These people are stupid clods and it's past time to stop treating them with any respect.

Ayn Rand's jumped-up psychosis has a moral system that is more simplistic than what one can find in super-hero comics.

"Conservatives" who imagine that they are the best inheritors of 19th Century liberalism are the ones advocating unlimited government spying, imprisonment without charges or trials, and summary executions.

These right-wing stooges, at the same time, like to toss off accusations of "Stalinism" to left-wingers who want to regulate the worst excesses of the oligarchs, or even those who refuse to tolerate racist rants or lies and insults on their blogs.

There is to be no apologizing to these idiots. Treat them with the contempt they deserve.

One hopes that the voting public will cotton on to the fact that these so called "conservatives" are not who they claim to be, thwap.

But one also assumes that people are familiar with Burke's ideas. They need not know the source of those ideas. But it would be helpful if they understood what "conservative" used to mean.