What Do You Think Of Me Now, Dad? 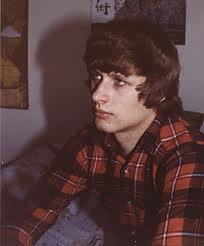 Jeffrey Simpson writes this morning that:

Those who thought the Harper government would ease up a bit after winning a majority were wrong. Noblesse oblige is out, or, rather, was never in. If anything, the Harper government is more bullying, scornful of dissent, intent on controlling every utterance, contemptuous of the media and determined to carry on political war at all times and by all means.


Stephen Harper has a chip on his shoulder as big as the country. Some may wonder where it came from. I'm no psychologist: but it seems to me that, like all bullies, Stephen Harper is a painfully insecure human being. And I'm willing to bet that the root of that insecurity goes back to Harper's relationship with his father.

A recent article in The Vancouver Sun gave Canadians some perspective on young Stephen Harper: When he dropped out of the University of Toronto and headed west, Harper boarded with Imperial Oil Executive Frank Glenfield and his wife, Mary. Glenfiield told reporter David Staples:

"Stephen had broken with his family because they had wanted him to be a chartered accountant at the University of Toronto, where his brothers were. He decided he was going to be a pioneer, he was going out West. He was going to find his own way.

"I was virtually told to hire him, but I did. And he was a very troubled boy when he came. I think what upset him the most was rebelling against what the family wanted him to do.


Harper was not the first son to knock heads with his father. Nonetheless, that relationship was critical. The elder Harper made sure that his son found a job.  And, Mary told Staples, the rebel's opinions were decidedly different than they are today:

Harper was conservative in his habits, "dead dull in some ways" as Mary puts it, but he wasn't Conservative at first in his politics. As Frank said: "When Stephen first came to Edmonton, he was a Trudeau Liberal. He thought Trudeau was God."


But, essentially, "He was very self-absorbed," Mary said. "I would say he's absorbed by two things. One is himself and the other is: Am I doing the right thing? Am I doing the thing that I should be doing?"

Harper was promoted to a job in the computer services department; and, when the department moved to Calgary, Harper moved with it. Later he enrolled in the University of Calgary, which according to Glenfield was "right . . . of the Ayatollah Khomeini, as you probably know, and he became very much under that influence." Like many converts, Harper became more Catholic than the Pope. And he became a man who brooks no rebellion and no opposition.

Harper's story is a cautionary tale for all fathers. Like George W. Bush, the prime minister had something to prove to the old man. And his fellow citizens are bearing the consequences.

So many interesting things in that article, eh? I am also not a psychologist but perhaps I can add my two cents' worth to yours? Here then:

(1) Hell hath not the fury of a Liberal scorned? He worshipped Trudeau, who would have thunk? Poor young Stevie must have been traumatized when he realized that he would never be as great as Pierre. So, because there is a thin line between love and hate, as they say, he went on to hate everything Pierre stood for. Might that explain why he seemingly wants to dismantle Pierre's Charter of Rights and the rule of law and instead replace it with his own "Charter of Might", where might is right and we are governed by the "rule of the outlaw" (current CWB as an example, ha! ha!),

(2)Young Steve needed someone (his dad?) to pull strings to land him an office boy job??? Too funny, if true,

(3)His mentor said that he was very good at delivering mail, etc. Apparently, Hitler was very good at painting but failed to secure admission to a fine arts school. How different the world would have been if people had stayed at the jobs they are good at, eh? :)

(4) He apparently dropped out of U of T and rebelled against his father's choice for his career path. Might that explain why he seemingly hates Toronto -- painful memories of the past?

So from all this we should conclude that it is really not his fault. We should blame .... his parents, Trudeau and the Liberals, no?

What's really interesting about Harper is that, as the leader of the party which touts personal responsibility, young or old Stephen simply points fingers and assigns blame.

Whether it's Attawpiskat, or the gun registry, or the courts, it's always someone else's fault.

But when it comes to establishing a well regulated banking system -- something the Liberals did -- he's quite willing to take the credit.

The banks were ready to merge with each other and were actively lobbying the politicians to do so. If my memory is correct, all the banks except Scotia Bank had already announced their intended partners.

Harper was castigating the Liberals almost daily at that time for not allowing the mergers. It looked for a while that Mr. Dithers (i.e. Martin) would have succumbed to Harper's blistering attacks in Parliament. If the mergers had gone ahead, it was quite likely that at least one of our banks would have been caught in the global meltdown and failed.

All politicians try to take credit for things they are not responsible for. Harper's audacity though goes beyond that and Simpsom's article today seems to summarize it well.

What you say is correct, Anon. It is also worth remembering that Harper was pushing for easier credit of the kind that almost brought the whole financial house of cards down.

It was only after the meltdown that Harper and Flaherty began pushing for tighter credit restrictions.

He used to live above Steve Harper’s garage. Now he may be the second most powerful man in Ottawa.

For nearly four years while Harper was opposition leader, Novak, then with the title of executive assistant, lived in a small loft above the detached garage at Stornoway—the opposition leader’s official residence—eating meals with the family and growing close to Harper’s two young children.

This is the detail that has come to define an aide who, by some tellings, knows Harper better than all but the Prime Minister’s wife and mother. “Ray was with him more than anybody else for years and years and years,” says Brodie, who served as Harper’s chief of staff for three years. “They were literally hardly ever apart.”

In addition to living with the Harper family at Stornoway, he oversaw Harper’s tour operations, coordinated with his security detail and served as the Prime Minister’s envoy to the families of the Air India bombing. “Ray will get it done,” says a former member of the PMO. “And he will do so with total discretion.”

When Harper returned to federal politics in 2001 to pursue the Alliance leadership, he tabbed Novak as his assistant.

As principal secretary, Novak travels with the Prime Minister abroad...

Well, it appears that Harper has one close friend. I was beginning to doubt that he had any.

Anyone who doubts that Harper is suffering from a significant mental problem (probably some form of narcissism) really isn't paying attention. The only thing that separates a man like Harper from a man like Hitler or Mussolini is context. If he is willing to prorogue parliament, centralize power, attack his opponents, ignore the law, etc. in a mild political context like 20th century Canada, imagine what he would do in a context in which there was a certain acceptability to real fascism. It boggles the mind. However, anyone who doubt this is simply blindly partisan.

An interesting side story here - Coleridge once wrote what became a very famous essay on the character of William Pitt which you can read here - http://tinyurl.com/williampittcoleridge It is often credited as one of the first biographical essays which attributes a politician's problematic character to psychological problems rooted in his upbringing. Foreshadowing Freud by a century. Given Pitt's twisted character and its similarity to Harpers bizarre hunger for power and objection to dissent, the essay is worth a read.

Excellent suggestions for further reading, Kirby. In another time and place Mr. Harper could be quite a tyrant.

Gerry Caplan has piece in today's Globe which suggests that he may yet be one.

“Every time you hear the federal government say "national interest," insert "corporate interest" and you'll see a clearer picture. The prime minister is abdicating his responsibility to serve in the best interests of Canadians -- and Canadians, such as University of Alberta political economy professor Gordon Laxer, are right to be asking: when will Harper stop thinking as an oil CEO and start acting like he is Prime Minister of Canada?” By Emma Gilchrist: Prime Minister By Day, Oil Exec By Night Posted: 02/13/2012 12:07 am in Huff Post Politics Canada.

Very interesting reading.......I have for quite a while had the impression that we are all just unwitting employees of some giant, faceless, emotionless corporation known as 'The Economy'.
The problem as I see it (and I'm no authority on anything), is that you can't simply treat voters as employees and wallets at the same time, changing corporate policy as you see fit.
I think a degree in law would have served Harper well if for no other reason than to temper some of his prior liberty-squashing decisions since taking office. Just my nickel....since we're losing the penny :)

It's interesting, UK, that the advocates of "limited government" are so willing to intervene in the private sector -- at Air Canada and CP Rail.

It's clear whose interests Harper serves. Even if he got a law degree, my bet is that he'd be a corporate lawyer.