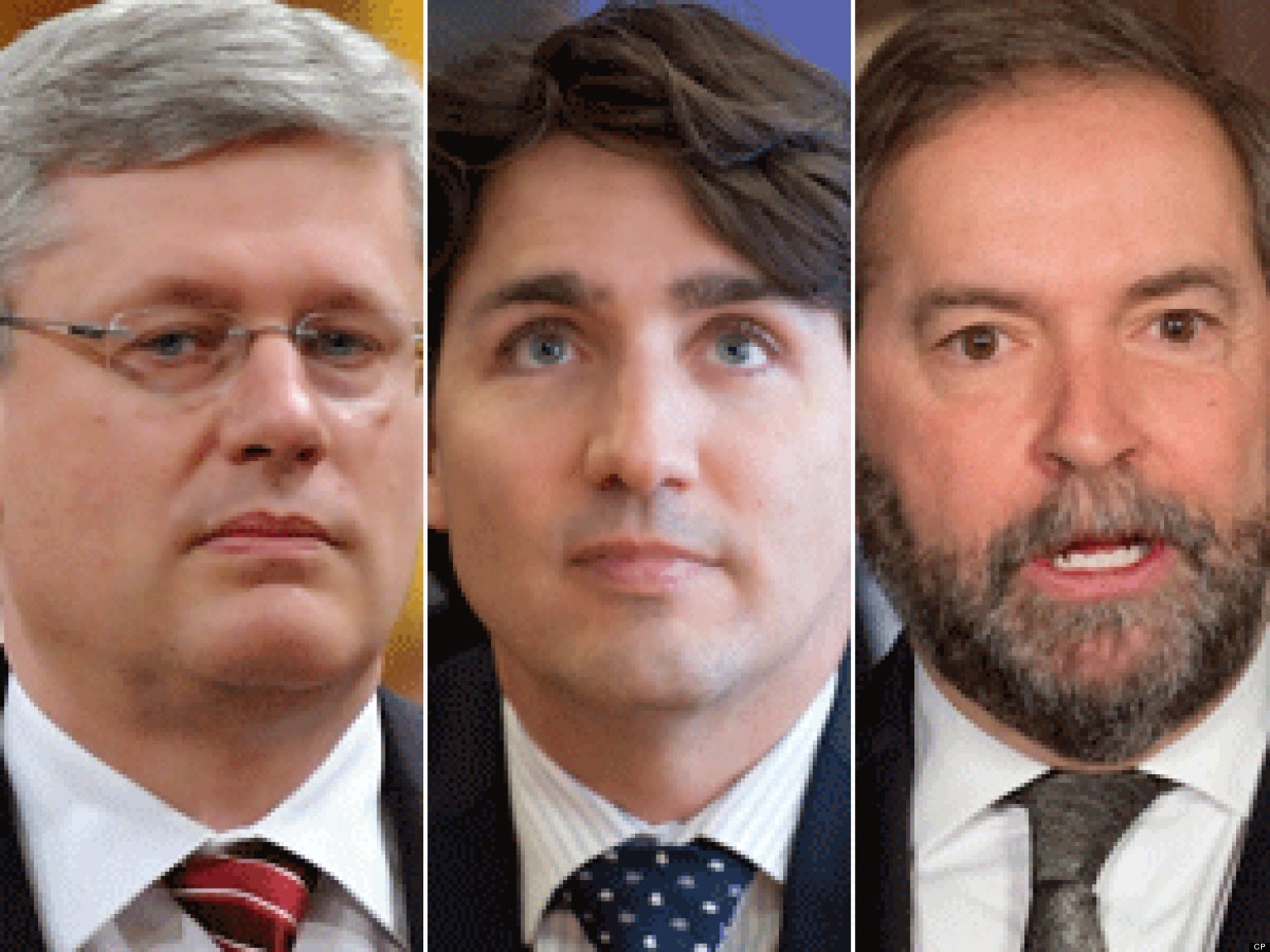 Robin Sears is a past master of political strategy. In this morning's Toronto Star, he offers strategic advice about how each of our three main leaders should approach the next election. Stephen Harper, he writes, will not be able to get by on his economic credentials:

They are, as analysts would say, already “priced into his stock.” He is facing real opponents for the first time in his life, apart from the late Jack Layton explosion in 2011 that almost overwhelmed him. Trudeau may not look like a statesman but neither is he the gormless Stéphane Dion or the unbelievable professor who “did not come back for you.” Mulcair has amply demonstrated that in street-fighting credentials Harper has met his match.

Harper needs to pivot from previous dead ends and demonstrate that he can learn and adapt. He should make selections from a suite of softer game-changers: a new honesty on climate change, a program on employment and integration for Canada’s vets that admits past failures, a believable job creation platform focused on the young and new Canadians that is not simply more blather about tax cuts, even an acknowledgement of his missteps on First Nations and a package on education and economic development would stuff one of the orange and red teams’ most damaging attack lines.


Stranger things have happened. But I wouldn't bet on Harper taking Sears' advice.

Justin Trudeau is caught in a bit of a vice:

He will be fighting a war on two fronts. He is the greenhorn against two tough and seasoned pros, each of whom has signalled that they will deploy their artillery against him from different sides of the battlefield.

He does have an energized and united party for the first time in a generation. But it is now 35 years since the Liberals have won a majority of Francophone votes let alone seats in Quebec. It is twice as long since they have won more than a dozen seats between Toronto and the Rockies. Redistribution may give them gains of ones and twos in several western cities.But Trudeau will need to move nearly 100 new seats into the win column for a majority, a swing achieved only twice in the past century.

He needs a galvanizing vision similar to his dad’s. In his first campaign Pierre Trudeau sold sex appeal, a contest in which his son has amply demonstrated his chops. But Trudeau the elder also sold a vision of a more global, confident Canada, a modern compassionate leader on the world stage. It matched perfectly the centennial bonhomie of a new generation of Canadians.


So far, we've seen no vision from Trudeau the Younger.

Then there is Mulcair, who has a wealth of political experience. But what he lacks are "big commitments:"

Mulcair needs to demonstrate his economic savvy, buttressed by his green credentials with a believable climate change and economic development message. He needs to round out his social justice message to arrest soft progressives’ drift to the red team. The national minimum wage and universal child care planks were good beginnings. He needs big commitments on environment, First Nations, youth employment, education and pension reform to block Mr. Trudeau.


Sears seems to have carefully sized up each man. One wonders if any of them are listening to him.

Email ThisBlogThis!Share to TwitterShare to FacebookShare to Pinterest
Labels: The 2015 Election

In reading the article, Owen, I was once more reminded of the paucity of our political 'leaders.' While i agree with Sears' assessment of Mulcair as the best of the three in terms of intellect and skills, even he has nothing that really approaches a coherent vision for Canada.

Perhaps it's time one of the aspirants tried 'that sincerity thing' and trusted the voters to respond?

In an era where every strategy is market tested, Lorne, no leader has the courage to speak his or her own mind.

"But Trudeau will need to move nearly 100 new seats into the win column for a majority, a swing achieved only twice in the past century."

At this point I am not sure that we want or need a majority government, Owen ....but a Lib minority and the Greens with an increased caucus and the balance of power would make me real happy. Sorry NDP I still find your supporters far to partisan for my taste, not that any of the rest are much better.

I wouldn't mind seeing the Greens gain a few more seats, Rural. But I don't know if that will happen.