Who Wants To Do That? 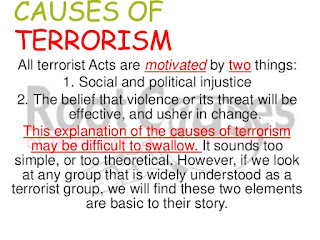 What happened in Paris a week ago was horrific. It can't be justified and it must be dealt with. But, for the last fifteen years, our response to what has been happening in the Middle East has been wrong headed. Since George W. Bush invaded Iraq, western policy has been all about eradication. Michael Harris writes:

But the more relevant question is whether a strategy of “eradication” works. Fourteen years of boots on the ground in Afghanistan should have shown the United States that it doesn’t. Two superpowers — the USSR, then the U.S. — tried the military option for 24 years; Afghanistan remains an unreconstructed narco-state with the Taliban back in business and Kabul as corrupt as ever.

Boots on the ground accomplished even less in Iraq. Revisit in your memory President George Bush strutting across the flight deck of the USS Abraham Lincoln in September 2003 beneath a banner declaring “Mission Accomplished.” It was War on Terror rhetoric at its most perverse. Thirteen years on, that “war on a noun” is still an utter failure.


Shock and Awe may assuage a need for revenge. But it doesn't solve the problem. It only makes things worse -- because it obliterates perspective:

You stand a better chance of being struck by lightning than of dying at the hands of a terrorist — but most governments see a hidden benefit in exaggerating the threat. After every attack attributed to terrorists, governments take another step towards the complete surveillance state. France is no exception. In the wake of the Paris attacks, French President François Hollande has asked to change the Constitution of the Fifth Republic.


What's even more worse, is that it gives rise to the Surveillance State:

The journey towards global surveillance rides the bullet train of fear and prejudice. The more speed it picks up, the further democracy recedes in the rear-view mirror. The National Security Agency spied on all American citizens with its collection of so-called ‘metadata’ — something Americans would still know nothing about were it not for a fellow named Edward Snowden, now a fugitive in exile for alerting his countrymen to the 21st century version of Watergate.


So what should be done?

The most sensible way to deal with terrorists is to stop characterizing them as fanatics or mentally unstable. As former CIA officer Philip Giraldi says, all terrorists are members of political movements. They have grievances and goals which need to be understood rather than caricatured. Otherwise, we have no way to intervene against them other than the sharp edge of the sword — always an excellent recruitment tool for outfits like ISIS.


But that would mean "committing sociology." And who wants to do that?

Email ThisBlogThis!Share to TwitterShare to FacebookShare to Pinterest
Labels: After The Paris Attacks

Terrorism is also spawned by ideology and religion. Both attract psychotics.

What's strange about this group of terrorists, Toby, is that the religion they profess doesn't recognize them.

Owen, "— the USSR, then the U.S. — tried the military option for 24 years; Afghanistan remains an unreconstructed narco-state with the Taliban back in business and Kabul as corrupt as ever." The Superpower before these two, Imperialist Britain, tried to control and tame this part of the world without success. The sole beneficiaries in this game are the war profiteers.

The history is pretty clear, Anon. But we refuse to learn the lessons of history.