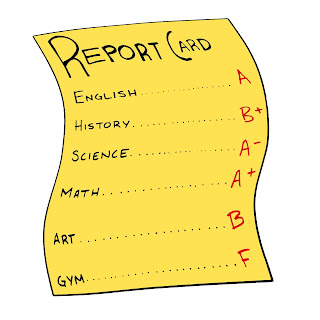 Now that the House has risen, Michael Harris has issued Justin Trudeau his report card. He has given Trudeau quite a few A's (or dimes, which we used to get with good marks):

Trudeau gets another dime for keeping the promise to pass legislation on medically assisted dying, despite the political, ethical, and emotional minefield that had to be navigated to pull this off. For all the dark murmuring about Trudeau’s alienation of the Senate, he got Bill C-14 through the Red Chamber without compromising the government’s commitment to retain some limits on access to doctor-assisted suicide.

Who knows? With his arm’s length advisory board recommending merit-based senate nominees, the PM may be well on the way to transforming the Red Chamber into an independent body capable of fulfilling its parliamentary obligations without a constitutional amendment. That’s a lot better than a Senate that played partisan stooge to the PMO’s dark machinations during the Harper years, culminating in the Wright-Duffy fiasco.

Trudeau gets an A+ and a big bag of dimes for each of unmuzzling scientists (with the notable exception of Patricia Sutherland) withdrawing Canadian jets from Iraq and Syria; bringing gender equality to the cabinet table; bringing back the long-form census; and lowering middle-class taxes while creating a new tax bracket on income over $200,000 — all in jig time.

This gives hope that the momentous issues ahead might actually be delivered as promised — the inquiry into missing and murdered native women; a revamped electoral system that will do away with the partisan nonsense that the Tories tried to pass off as democratic reform; the legalization of marijuana; a nation-to-nation relationship with First Nations; the amending of the secret police provisions of Harper’s so-called national security legislation, Bill C-51; a new Health Accord with the provinces, and a national framework for fighting climate change.


But not all of Trudeau's marks win praise at home:

The guy who paddled the Rouge River in Scarborough and then set McDonald’s aflutter by dropping in for a bite, gets a D for leaving Canadian veterans waiting on key elements of his reform plan to undo the damage of the Harper years. Disabled veterans are still awaiting pension reform promises and the reopening of those nine Veterans Assistance Centres closed during the Harper years to help his government “balance” the budget.

The PM gets an F for allowing Harper’s sleazy “future appointments” to stand, largely it seems, from fear of lawsuits that might arise if he cancelled these jammy gigs. For that matter, he gets another F for letting Harper-appointed public servants hang around key departments he must ultimately redirect if he is to fulfill his legislative agenda. Insiders saw stark evidence of that at the climate talks in Paris. Too much retro-Harper think.

He also gets an F for not sending all of the proposed pipeline projects back to square one of the environmental assessment process. For starters, a complete reset was what he promised First Nations, environmental groups, and several British Columbia mayors during the election campaign. But more importantly, Harper had made a mockery of the assessment process and the National Energy Board to the extent that none of its previous decisions can be trusted. They need to be revisited if public confidence is to be restored in how the government green lights major pipeline projects.


And then there's the biggest F of all:

And now for Trudeau’s biggest F — as in FU — the Saudi arms deal. No matter how many tortured political yoga positions adopted by Foreign Affairs minister Stephane Dion, this is a stinker. It is not about Canada keeping its word: it is about Canada abandoning its core values. This is checkbook pragmatism at its worst. This is feeding people to the sharks for money.

The Saudi Royal family makes Henry VIII look like a new-age, sensitive guy. They cut off heads at the drop of a veil. They mete out a thousand lashes for a few words of free expression. They crush the slightest movement toward democracy and they do it with equipment purchased from the Americans — and now from Canada. And if that isn’t enough reason not to sell them armoured vehicles mounted with heavy machine guns, how about the Saudi-led genocidal war against Yemen?


All in all, it strikes me as a pretty accurate assessment.

Image: DiurnaLearn.blogspot.com
Posted by Owen Gray at 7:19 am

Email ThisBlogThis!Share to TwitterShare to FacebookShare to Pinterest
Labels: A Report Card


That's a generous but balanced take on JT, Year One. Not sure I would give him anything better than a F for the C-14 given that it will probably be ruled unconstitutional when it gets to court as it surely will. He could have tested the law's validity by a quick reference to the Supreme Court of Canada. Not sure why he would put the next Sue Rodriguez or Kay Carter to have to refight the judicial battle again.

No question that the prime minister did a number of good things although they were mainly "stroke of a pen" stuff. That said, when the Bell curve is Harper and Trudeau, the PM came through looking good.

The really tough stuff is still ahead of him, Mound -- pipelines, electoral reform and loosening the iron grip of neo-liberalism. History will be the final judge.

Giving JT a D on the veteran's issue is pretty generous considering the government is once again arguing that there's no obligation of duty of care.

It certainly has been a mixed bag of successes and failures as detailed above Owen. I find it interesting that they rose before the previously scheduled date (June 23) BEFORE (so far as I can see) naming the members of the Electoral Reform Committee!
I note that from remarks made during the final question period this may be because the Cons have not put any names forward but are still pushing for "a referendum"!

You can't get blood from a stone, Rural. And the Conservatives are still in the Stone Age.

I agree, Dana. I'm still worried that, in the end, the Libs won't to right by our veterans.

They might also be hoping that the marijuana issue will go away.

I suspect, zoombats, that the marijuana issue will not go up in smoke.