A Ship Of Fools 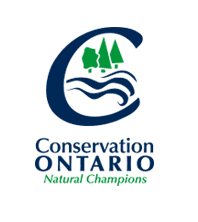 Rob Benzie and May Warren report in The Toronto Star that:

The cash-strapped Progressive Conservative government is hoping to conserve money by winding down some conservation programs.

But local conservation authorities say the province doesn’t actually pay for many of those activities, and some, like maple syrup festivals, can actually be money makers.

Conservation Ontario said local municipalities and conservation authorities were told in a letter last Friday from Premier Doug Ford’s administration to shut down any initiatives that are not related to their “core mandate.”


The push to hog tie conservation authorities is part of the "More Homes, More Choice Act," which the Ford government passed earlier this year. The legislation was designed to make it easier to build new homes. Anything that gets in the way of building more homes is anathema. Conservation authorities across the province are outraged:

Deborah Martin-Downs, chief administrative officer with the Credit Valley Conservation Authority, which covers parts of Mississauga and Brampton, said winding down activities like maple syrup festivals “will not save them a penny.”

Martin-Downs calls the letter “premature” and “incorrect.” She said while the authorities are in the process of negotiating what’s in their core mandates with the province, the Conservation Act allows activities that fall outside of them to be funded by municipalities, which already provide most of the funding.

“It will not save money,” he said. “It will result in millions of dollars of lost revenue.”

Kelsey Scarfone, water programs manager with Environmental Defence, said the language referring to a “core mandate” is an avenue to cut essential programs that conservation authorities provide, from water monitoring to research on algae blooms.

“It really is a way to limit the types of work that conservation authorities can do on the ground, which is extremely negative because it adds so much value in terms of environmental protection in the regions that they operate in,” Scarfone said.


All of this is yet more confirmation that the Progressive Conservative Party is a ship of fools. And the captain of the ship is the biggest fool of all.

Compounding the idiocy is Ford's belief that by smiling and saying he listens to people, he is
selling his policies; I wonder how long his self-deception will continue, Owen.

Good question, Lorne. As Hamlet said, "One may smile, and smile, and be a villain."

Maybe they should just go with the "Progressive Party" since they seem to have lost track of the conservative part of their name.

That's the deep irony of modern conservatism, Cap. They don't care about conserving things. They want to cut them off at the root. It's the textbook definition of "radical."

The PCs cut the funding for the core mandate by 50%. Now they are telling the Conservation Authorities to stop anything they do beyond their core mandate. All of these other activities are funded by municipalities and private donations. They do not cost the province one cent.

What does Mr. Yurek have to say to the thousands of generous donors to the various conservation foundations that provide funding for these other activities? These foundations operate separate from the CAs.

This would appear to be another area where Ford & Co do not understand what they are trying to control.

Precisely, UU. To the Fordians, the conservation authorities are simply obstacles which must be eliminated.

For many many years the Cons have hated the CAs. They stand in the way of development and they suck up municipal levies - "there is only one taxpayer!" goes the mantra.

This move may be a good but only if we can see what they intend to replace the CAs with. At the moment CAs are multi jurisdictional and cross municipal boundaries and govern watersheds. For example Durham Region deals with FIVE CAs, can you imagine the chaos when the Planning departments of each municipality decide to implement policy?

This is asinine and ideologically driven by the "small is better" adherents - so colossally stupid, it could have only be driven by Ford's animus towards Agencies that he doesn't understand.

And all I can add, Ben, is that there's a lot Ford doesn't understand.