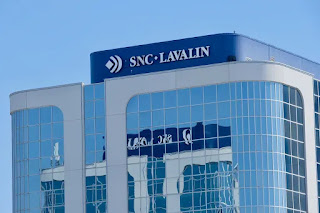 The Ethics Commissioner's report is out. And, Tom Walkom writes, in the end, it won't make much difference:

On the one hand are those who agree with Wilson-Raybould that the prime minister had no business questioning how she chose to prosecute SNC, which faces charges of bribery and fraud related to its dealings in Libya almost 20 years ago.

On the other are those who agree with Trudeau that, since jobs were potentially at stake, he had every right to make his views known.


Certainly, things are playing differently in Quebec than they are in English Canada. Moreover, there is some precedent for Trudeau's claim that he was protecting Canadian jobs:

Ottawa’s massive bailout of Chrysler and General Motors in 2009 benefitted the two privately owned companies. But it also benefitted — briefly at least — the workers and communities that depended on them.

Essentially, this was the argument that SNC made: If the company were convicted at trial and thus barred from seeking federal contracts for 10 years, some fat cats would be hurt. But so would many ordinary workers.


And remediation agreements exist in other jurisdictions:

Remediation agreements are allowed in Britain, France and Australia. Stephen Harper’s Conservative government hadn’t been keen on the idea, the ethics commissioner’s report says. But the new Trudeau regime thought it swell.

Over Wilson-Raybould’s objections (she argued that the government was moving too quickly), a new measure allowing remediation agreements was passed into law in the summer of 2018.


The final verdict will be rendered -- as it should be -- in a little over two months.

Email ThisBlogThis!Share to TwitterShare to FacebookShare to Pinterest
Labels: The SNC Lavalin Affair

" Over her objections " ! If she reused to consider a valid law because she personally didn't get her own way, is that obstruction of justice ?

The political rhetoric from all parties concerned will as usual have little to do with the realities on the ground but those seeking power will make a great deal of noise about this report. That they would have made similar efforts to save Canadian jobs will not enter into it Owen.

Obviously, rumley, this is a case where you can't split the difference. Voters will have to come down on one side or the other.

This should be about the rule of law, Rural. Democracies cannot functon without it.

It's this garbage, Owen, Conservative and Liberal, makes me glad that I scraped that crap off my boots. As Elizabeth May put it, this election and stopping the petro-pols, is the most important in Canada's history and, this time, you need to vote as if your life depended on it - or those grandkids. That means No to Scheer and No to Trudeau.

It seems to me, Mound, that all kinds of Canadians have reached the point where they now say, "A pox on both your houses!"