His Own Set Of Facts 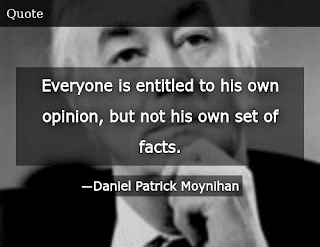 Doug Ford lives in a world of his own. Rob Benzie reports in The Toronto Star that:

Premier Doug Ford is discounting public-opinion polls suggesting he is unpopular because some of those surveys appear in the Toronto Star.

Ford — who has been booed at the Raptors’ victory celebration, the Special Olympics launch, and the Toronto Caribbean Carnival, among other events — insisted Thursday that Ontarians are behind him.

“I can tell you one thing, everywhere I’m going, right across this province, people are saying the same message: keep going,” he told reporters in the Niagara community of Fonthill.

Asked about recent polls indicating his personal popularity has plummeted a year after he was elected, Ford bristled.

“Well, it’s the Toronto Star’s numbers. I don’t believe … Star readership polls. I worry about the ones at election day,” the premier said.


But the pollster the Star uses stands by his numbers:

“He appears to be confusing the online panel we use with the reader polls you run on your website,” he said, referring to the unscientific straw polls on many news websites, including thestar.com.


Obviously, Mr. Ford believes he's entitled to his own set of facts.

In Ford Nation, Owen, Dear Leader's lies are their truth. The rest of us, thankfully, know better.

You know, there's more than one interpretation to the words "Keep going"!

I'm sure there's people on both sides of the Ford Gap willing to say that to him.

True, Mike. When some folks are in a hole, they insist on digging it deeper.