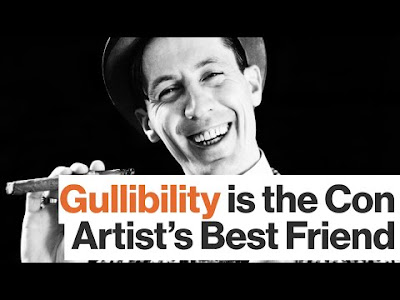 Donald Trump's supporters believe that he is there to help them. But the evidence belies that notion. Helaine Olen writes:

Trump and Republicans have played a neat trick these past four years, claiming to act on behalf of the economically and politically disenfranchised, and then getting them to turn a blind eye to the fact that their own actions in office are designed to line the pockets of elite supporters. But as the coronavirus pandemic continues to claim victims and disrupt lives, the evidence of Trump’s perfidy is harder than ever to ignore. Little wonder some turn to outlandish conspiracies such as QAnon to justify their continued belief in Trump. As crazy as it is, it’s less embarrassing than admitting you are just another patsy in Trump’s lifelong con.

The New York Times came up with the receipts this week. First, there was yet another installment in its series on Trump and his taxes, this one centered more on his activities in the White House — or, as the Times put it, “the swamp that Trump built.” It quickly became known among lobbyists and those seeking favor from the administration that joining Mar-a-Lago, (where the initiation fee doubled shortly after Trump was elected president, and is now $250,000) buying drinks at the Trump International Hotel in D.C., and hosting meetings and conventions at family-owned properties was a way to make a favorable impression.

Many people, including The Post’s David A. Fahrenthold, have made these point again and again, so much so that Norm Eisen, co-founder of Citizens for Responsibility and Ethics, told me in 2018, “The president is essentially holding out a tin cup and shaking it.” But the Times put the pieces together in a devastating way. Somehow the deep state so desperate to stop Trump couldn’t put an end to that epic money-making spree.

Con men succeed because they can spot easy marks. And there is truly a remarkable number of Americans who are easy marks.

Trump's base, America's peasantry, have developed a Pavlovian response whenever Trump pushes their racist, xenophobic, and nativist buttons.

"If you can convince the lowest white man he's better than the best colored man, he won't notice you're picking his pocket. Hell, give him somebody to look down on, and he'll empty his pockets for you." - Lyndon Johnson.

Trump is just playing a variation on Johnson's truism. Whether it's 'Ghynna', or those damned Mexicans or even them uppity coloured layabouts, not to mention the lefties, Koreans and Japanese, there's always someone to blame for their plight. He can saddle them with a two trillion dollar tax cut for the rich and it makes no difference. They don't even feel the knife.

It truly is akin to the vivisectionist's dog lovingly licking the hand holding the scalpel. God, I wish I'd never seen that grainy old, black and white photograph.

Some do contend that peasantry is a natural, ingrained state. At some level this memory of it survives and that makes it less alien, easier to accommodate. Who needs to worry so long as you can believe your master to be benevolent?

Trump knows his base, Mound. Unfortunately, they don't know him.