A Criminal Then And Now 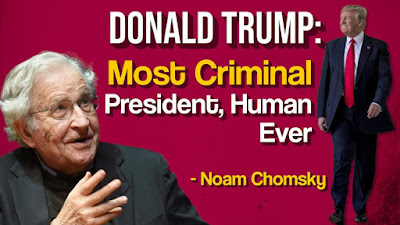 Yesterday, Donald Trump pardoned Mike Flynn. During Robert Mueller's inquiry and Trump's impeachment, Trump signaled to his associates that, if they refused to cooperate, he'd take care of them. Trump got William Barr to take care of Roger Stone. Now Trump has taken care of Mike Flynn.

Flynn's pardon is only the first of several pardons which Trump will issue before he leaves office. His last act may be to pardon himself -- which would be a violation of the core legal principle that a man cannot be a judge in his own case.

Mr. Biden's attorney general will have his hands full. And Trump will leave office as he entered it -- a criminal.

"His last act may be to pardon himself -- which would be a violation of the core legal principle that a man cannot be a judge in his own case". Has he not described himself as more than a man? Almost God like? Is it bad to pray for his demise?

It seems to me that divine intervention -- perhaps being struck down by the plague -- would not be unreasonable, zoombats. But it would be highly unlikely.

"Mr. Biden's attorney general will have his hands full."

I doubt this very much, the spineless Dems, Biden included, will declare that they have a sense of "fair play" and ignore most of the indictable offenses committed in the last four years and look stupid as the repugs hammer them in the Senate. But Biden will declare the USA "united" and proceed to lose the mid-terms because they refused to play hardball under the repuglican rules!

I share your fears, Ben. But I await with interest to see who the new attorney general will be.

Like a dying star the US whoever the administration is will collapse upon itself; a black hole will result.

Looking for consolence amid the wreckage serves little purpose.
We in Canada and the rest of the world have to look to the future devoid of American influence or be drawn down with it as the UK seems determined to do.

And living so close to the United States, TB, it's hard to avoid being sucked down that hole.