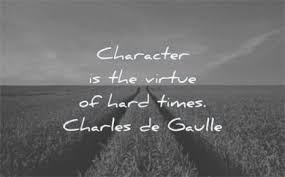 Yesterday, Doug Ford imposed lockdowns in Toronto and Peel -- the suburbs west of Toronto. It took him a long time to get there. Bruce Arthur writes:

This has been a goldfish government, swimming from day to day, changing strategies on the fly while trying to keep businesses open and preserve votes in 2022. Four days ago, chief medical officer Dr. David Williams said almost every region in Ontario could be in the least restrictive green zone by Christmas. A week ago Ford changed the province’s framework but didn’t include defining a lockdown, and a week before that the same breathtakingly unscientific framework upended the entire strategy that Ontario had purported to employ.

This time, the government took and delivered medicine. It’s one step toward controlling the virus.

In Ontario, we're still caught between a rock and a hard place:

The lockdowns “probably will have some meaningful effect,” says Dr. Isaac Bogoch, an infectious diseases specialist at the University of Toronto. “I don’t think we should expect miracles. Maybe it’ll slow the rates down, maybe we’ll start to plateau.

“But we’re at the point now where we need rates to slow down, we need to plateau, because our health-care system’s getting pinched. So as much as this stinks, it is the right move, purely because Scarborough’s (hospitals) are getting hit, Brampton’s getting hit, Mississauga’s filling up, Humber’s filling up. They had to do something.”

It isn't easy. Until the virus is under control, the economy will suffer -- which means that workers will need more government support:

Indeed, without paid sick leave, Peel, home to so many essential workers, won’t be helped enough. The federal government has just passed stronger business supports, but federal paid sick leave isn’t enough. Fix that, and offer isolation facilities for those in congregate living situations, and you fix a lot.

“If we don’t address those factors, while this will bring things down in the short term, it will not necessarily address the risk and the outcomes that the most vulnerable in our community have been facing,” said Dr. Lawrence Loh, Peel’s medical officer of health.

Indeed. And if we don’t truly try to tackle the virus, what are we sacrificing in lockdown life for?

“For me the biggest question is what’s the end game here?” says epidemiologist and modeller Dr. Ashleigh Tuite of the University of Toronto, who sits on the province’s volunteer science table. “It was pretty clear that stronger measures were needed, and the current approach isn’t working. I don’t think that there were a lot of other options in terms of what you do next.

No, this isn't easy. And it's going to be like this for quite awhile.

"Four days ago, chief medical officer Dr. David Williams said almost every region in Ontario could be in the least restrictive green zone by Christmas." As epidemiologists and public health experts pointed out, that would require lower rates of spread than we've seen at any time since February. In other words, it was just feel-good BS.

This feel-good BS sends confusing messages to the public by downplaying the risk and the measures that need to be taken. As one gym owner complained, he was finally allowed to reopen his gym last week and now he's told he has to close. But no new information came to light in the meantime - the Ford government had all the information it needed to close the gyms last week, or even two weeks before. Covid is spreading as the models predicted and stronger measures should have been taken in September to contain it.

I suspect that Ford plans to lift the lockdown just before Xmas, we'll have superspreader family gatherings over the holidays, and be in the midst of a third wave in February and March. It didn't have to be this way, but Ford and his backers care more about short-term profit than people's lives.

Ford's government is slightly worse than Trudeau's government, and Canadian society in general, in believing that we can "muddle through" crises by doing as little as possible to change our way of life.

Driving smaller cars, eating a little less meat, protesting for an afternoon, spending an extra $10 million here and there on seniors, borrowing money from oligarchs (instead of taxing them) to pay for unavoidable income supports for people during the lockdowns, etc., ... we can solve climate crisis, mass extinctions, end wars, and "get through" the pandemic.

It's childish and ultimately self-defeating.

I agree, thwap. Half measures will no longer see us through this.

It looks to me that the provincial government squandered the summertime by not passively increasing its testing and contact tracing resources. Oh course it looks like every province from Québec west is guilty of this with the possible partial exemption of B.C.

Testing is absolutely critical, jrk. Without testing you don't know where and how big the problem is.