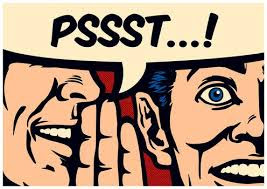 David Brooks has an interesting column in this morning's New York Times. Brooks seeks to explain why so many people are open to believing conspiracy theories:

We live in a country in epistemological crisis, in which much of the Republican Party has become detached from reality. Moreover, this is not just an American problem. All around the world, rising right-wing populist parties are floating on oceans of misinformation and falsehood. What is going on?

My analysis begins with a remarkable essay that Jonathan Rauch wrote for National Affairs in 2018 called “The Constitution of Knowledge.” Rauch pointed out that every society has an epistemic regime, a marketplace of ideas where people collectively hammer out what’s real. In democratic, nontheocratic societies, this regime is a decentralized ecosystem of academics, clergy members, teachers, journalists and others who disagree about a lot but agree on a shared system of rules for weighing evidence and building knowledge.

Over the past decades the information age has created a lot more people who make their living working with ideas, who are professional members of this epistemic process. The information economy has increasingly rewarded them with money and status. It has increasingly concentrated them in ever more prosperous metro areas.

And it's those without a degree who are easy prey for conspiracy theorists:

People in this precarious state are going to demand stories that will both explain their distrust back to them and also enclose them within a safe community of believers. The evangelists of distrust, from Donald Trump to Alex Jones to the followers of QAnon, rose up to give them those stories and provide that community. Paradoxically, conspiracy theories have become the most effective community bonding mechanisms of the 21st century.

For those awash in anxiety and alienation, who feel that everything is spinning out of control, conspiracy theories are extremely effective emotional tools. For those in low status groups, they provide a sense of superiority: I possess important information most people do not have. For those who feel powerless, they provide agency: I have the power to reject “experts” and expose hidden cabals. As Cass Sunstein of Harvard Law School points out, they provide liberation: If I imagine my foes are completely malevolent, then I can use any tactic I want.

It's that divide that haunts our politics these days. And bridging that divide will be no easy task.

Email ThisBlogThis!Share to TwitterShare to FacebookShare to Pinterest
Labels: The Power Of Conspiracy Theories

Well, I'd say the NYT is as delusional in its own way as the Repugs are. Here's Chris Hedges latest essay:

The NYT booted Hedges out for trying to inject reality some time ago. This latest essay is spot on for me. The only thing I use the NYT for is the crossword puzzle.

Trump and his attorney Rudy Giuliani are vulgar and buffoonish, but they play the same slimy game as their Democratic opponents. The Republicans scapegoat the deep state, communists and now, bizarrely, Venezuela; the Democrats scapegoat Russia. The widening disconnect from reality by the ruling elite is intended to mask their complicity in the seizure of power by predatory global corporations and billionaires.

He's believed for some time that there's not a plug nickel's difference between the two parties. I hope he's wrong.

Gotta agree with BM here. The NYT's, and David Brooks in particular, are to blame for the intense widespread distrust of official information sources.

Brooks never reads his critics. If he did, that pompous, overpaid, arrogant imbecile might learn something about his own incapacities. Then again, maybe not.

Brooks is living with the consequences of his mistaken conclusions, thwap. On that you, BM, and I agree. We do, however, live at a time when conspiracy theorists are having a heyday. I think Brooks' explanation of that phenomenon has merit.

He's believed for some time that there's not a plug nickel's difference between the two parties.

There are some differences but estamlishment Republicans and establishment Democrats are a bit like different mafia families or on-line sales organizations. Same general purposes,just a bit of disagreement on tactics.

I think there's more to it than that, jrk. The Democrats have always had a hawkish wing. But they're also much more representative of the country as a whole than are the Republicans.