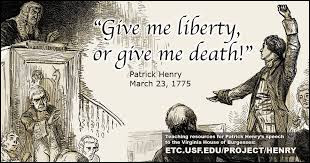 "Give me liberty or give me death!" That line was Patrick Henry's claim to fame. If you live in Jason Kenney's Alberta, those seem to be your two options. Don Lenihan and Andrew Balfour write:

Joe Biden didn’t win the US election; Donald Trump defeated himself – and he did it by denying the truth about the pandemic. Jason Kenney’s decision to become “the voice of liberty” as the virus rampages through Alberta seems to us strangely similar. Indeed, the premier’s rants are starting to sound like the caricatured Alberta conservative, “Joe Albertan.”

The latest Environics poll has Rachel Notley’s NDP leading Kenney’s Conservatives 47 to 40 per cent. A Leger survey last week found a mere 37 per cent of Albertans were satisfied with the premier’s measures to fight the pandemic. To get clearer on what Kenney is thinking and why he is talking this way, let’s roll back the tape on his response to the pandemic.

Kenney has been the most strident Conservative voice in Canada. And, as COVID numbers rose in the province, he continued to echo Patrick Henry:

A steep rise in COVID cases was under way by mid-October, and by early November, the numbers were surging. Even conservative premiers knuckled under and began imposing hard measures on their provinces – except for Kenney, who talked about defeating the virus, but failed to act.

On November 6, new measures were finally announced, but the premier stoutly resisted any use of mandatory measures. The emphasis was firmly on “personal responsibility.” Why?

A lockdown, Kenney said, “constitutes a massive invasion of the exercise of people’s fundamental rights and a massive impact on not only their personal liberties but their ability to put food on the table to sustain themselves financially.”

The premier was heading down a different path. Instead, he called on Albertans to continue “to lead the way as the freest province in the country…”

On November 12, 70 physicians from across the province sent a letter to the premier calling for “strong and decisive mandatory measures,” perhaps along the lines of a “circuit breaker” lockdown.

Kenney replied by doubling down on liberty “We’ve seen other jurisdictions implement sweeping lockdowns, indiscriminately violating people’s rights and destroying livelihoods. Nobody wants that to happen here in Alberta,” he declared.

But over the next two days, it was the virus that showed who was really in control. Each day, the province surged past 1,500 cases – overtaking even Ontario, which has more than three times the population of Alberta and was itself surging out of control.

On November 23, 341 physicians sent yet another letter to the premier, pleading for a lockdown and warning that the rise in cases would soon overload the health-care system.

Indeed, as the virus devoured medical resources and infected thousands of Albertans, Kenney not only persisted with the Cold War rhetoric but, ironically, ranted about how he was resisting “political pressure” and “ideological approaches” from those who were trying to undermine liberty and damage people’s lives and livelihoods.”

It was, frankly, bizarre.

Bizarre is too polite a word. In Ontario, we are in the same boat as Albertans. The pandemic should put the final nail in the coffin of neo-liberalism. We'll see if that happens.

Email ThisBlogThis!Share to TwitterShare to FacebookShare to Pinterest
Labels: Liberty Or Death

And yet, these are the same people who worked overtime in their fight against "Right to Die" legislation. So here they are kicking and screaming against such simple LIFE SAVING acts as wearing a mask and maintaining 6 feet of space! Is there something lacking in their education system or is there something in the water? Whatever - its still mind boggling and defies rational explanation.

The public health advice is simple and easy to follow, Lulymay. Simple things are too difficult for some people to grasp.

Early on in the Covid-19 pandemic attention turned to the notion of a "second wave." I heard an interview with an epidemiologist on BBC in which she discussed five previous pandemics and listed histories that had been published in their wake. Her point was that anyone who had bothered to read those five books when, back in the spring, we became aware a pandemic was upon us would know, beyond question, that there would be a second wave far worse than the opening wave.

Early on I went through the web sites of the institutes of health of several OECD nations. It was all right there for anyone to read. Second wave, yeah for sure. Second wave in the autumn following the first wave, usually extending through the winter and into the following spring. Really, really deadly. There was even discussion of some, particularly contagious viruses triggering a third wave. Many viruses go through a multi-wave process and then recede, seeming to vanish, only to return five or ten years later.

Think back seven or eight months to how our political leadership responded to Covid-19. It was a timid, lackluster effort until the death toll became alarming. Once we were already firmly in the grip of community transmissions, once the number of people being put in the ground became alarming, only then did the pols up their game. There is a fine example of politics defeating leadership.

Everyone took a break over the summer as the first wave seemed to pass. Joe Lunchbox took a break. Our leaders took a break. Can you think of one measure or initiative implemented over the summer to prepare for the second wave? No one thinks that way during Mardi Gras. We wanted to believe it was over and acted accordingly. We were talking about "Covid fatigue" as though we had been through a world war. Besides, we'd all be vaccinated in a month or two.

Yes, Jason Kenney was tripped up by his ideology but others had the same inclination albeit not to the same degree. For Kenney, the worst part of Covid-19 was the collapse of world oil prices as demand for petroleum fossil fuels plummeted.

Britain's foreign secretary, Dominic Raab, is now talking about a third wave in the spring and the possibility of a third lockdown. That does seem consistent with the literature I've read. Covid-19 is mild compared to Ebola but Ebola is not remotely as transmissible as Covid-19. And the idea that a vaccine will smother Covid-19 and we can all go on our way, business as normal, is a fantasy. The anti-vaxxers are already coalescing even as virologists warn the vaccines under development are no silver bullet. We'll still need masks, distancing, handwashing, etc. for a long time yet.


The point I want to make is that the pandemic serves up an invaluable lesson in how readily politics today will fail us when we most need it to protect us. Covid-19 got a months-long head start because our leaders failed to accept proven medical advice. A lot of people, hundreds of thousands globally, died because of the failure of our leadership. Yet this type of failure is no exception. It is today's norm.

We know our national infrastructure, vital to the health of our economy and the health of our society, is crumbling. We know how the failure to maintain and renew infrastructure snowballs and takes down societies. I've been in towns where water access is cut to neighbourhoods on a rotating basis even as clear, clean water surfaces through broken mains and runs down streets like rivers. The mettle we once had in generally less affluent times that allowed us to create this infrastructure - the roads, the bridges, the railbeds and power grids - is gone.

There are many national and global calamities looming and we're not ready for any of them. If we can't find new leadership we're screwed. The truth of these emergencies is that, if we don't deal with them on our terms, we'll deal with something grown even worse and and on very different terms.

The next election in Alberta is scheduled for 2023. Kenney wants to keep the economy going (as much as possible given the low demand for Alberta oil) until the next election. He's banking on the pandemic being long forgotten by then.

Same M/O as his hero, Trump!

Just like Trump, he's got his base all bent out of shape over simple, basic safety measures.

We have short attention spans, Mound. And over the past three decades, they've gotten shorter. We thought this would be a short slog. But the last real pandemic in North America was a century ago. Our attention span can't deal with a decade. A century is much more than we know what -- and how -- to deal with.

We can no longer claim ignorance of what's ahead, Mound. But historians will rightfully accuse us of wilful ignorance.

We have short attention spans and short memories, Gordie. Unless we take a good, hard look at our failures, Kenney may get a second chance to fail more spectacularly.

Why do we become all wound up on ancient speeches and quotes that are less relevant today?
We! quote past scribes with religious fervor.
Patrick Henry lived in an era of politics much removed from ours yet he is quoted as he were fighting modern day politics!
Not so.

Perhaps we go to these quotes because they provide a vision of a world we would prefer rather than the world we have inherited, TB. And, if they're short and pithy, they provide the illusion that making that kind of world is easy.

@ Owen.
We live in world of myths and prophesies .
It's the day to day stuff we have difficulties with?

The day to day stuff is the hard stuff, TB. Sometimes -- for relief -- we choose to dream.

.. 'Ignorance is Bliss' I dunno.. Jesus ?
'It aint over till its over.. Yogi Berra
'What fresh hell is this ?'Dorothy Parker.. (not Shakespeare..)
I was recently lectured by a woman with an Honours Degree in English that nobody reads Huckleberry Finn.. Its just the most read book in America says Wikipedia.. hmm.. I go with a lot of old school stuff.. and I most appreciate your succinct 'pithy' observations. I also appreciate Mound's learned & comprehensive appraisals .. or Lorne's 'calls to action.

I pay attention to Dr Larry Brilliant..via his Twitter communiques. There are Youtube Ted Talks. He was a team leader when they slayed the last Smallpox outbreak in India. Owen.. they went door to door in India !! They refused to miss anyone. An unanswered knock was chased to neighbours.. i.e. 'traced' and followed up until it was a known clear or infected. Are we looking at a similar situation in North America ? He suggest we will only win out - after going through hell. You know I follow Exemplars.. he's a giant exemplar !

Buckle up.. every State in the USA aside from Hawaii is in 'uncontrolled community spread'. And its going to be 'The Covid-19 Meteor Strike' (my words) To see where Alberta is headed, look at Iowa.. similar population.. Health system collapsing, running out of ICU beds as well as personnel .. insane 'doubling' rate of infected - across a full spectrum of age.. and a horrendous spectrum of post infection 'consequence(s)' Cognitive, cardio, circulatory, pain, breathing - completely aside from prior comorbid issues

And, after all the centuries, we still refuse to acknowledge that hell is of our own making, sal.