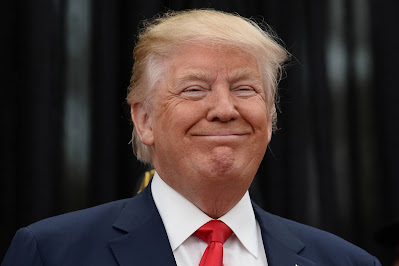 Donald Trump has been impeached for the second time. It has been a speedy reckoning. Lawrence Martin writes:

What a spectacular fall it has been, in the space of just two months. The Republicans had emerged in decent shape after the election loss. Mr. Trump’s popularity was still high. Had he behaved like a normal human being during the transition, he was well placed to continue as the man in command.

But his crazed insistence that the election was stolen from him sealed his doom. It was confirmation that he was unhinged. His delusional rants divided Republicans, contributing to the loss, via two runoff election defeats in Georgia, of the party majority in the Senate and setting the conditions for the Capitol Hill convulsions.

Should the Senate move ahead and vote to convict Mr. Trump, it would likely mean he can never run for office again. It would be up to one of his children, probably the rabid Don Jr., to take up the banner.

Regardless of what Junior does in the future, the Trump financial empire is melting down.   Trump owes hundreds of millions of dollars, and the only bank willing to deal with him has cut him off.

The Orange Felon will spend the rest of his life in court, trying to fend off his reservation at The Gray Bar Hotel.

I don't think any of Trump's wastrel offspring have what it takes. If Trump goes bust, so do his kids - they're all sucking on the Trump Org teat. Only Ivanka has outside support, and Kushner's empire is built on sand, Middle East sand as far as I can tell. Take away Kushner's connection to the US president and that sand will swallow him.

Someone will step up to lead the fascist insurgency through the Biden years, but I doubt it'll be a Trump.

One can only live in hope for justice, Owen. On the topic of Don Jr. I am currently reading Michael Cohen's memoir, and it becomes quickly apparent that Trump has little but contempt for his eldest son. Of course, that likely wouldn't stand in the way of Trump backing him in 2924; he would likely see Donny as a means of rehabilitating the Trump 'brand.'

The fascists won't go away, Cap. They are a long-term problem. They could still sink the republic. And the Trump name will continue to live on -- in infamy.

It's clear that in the case of Jr, the apple didn't fall far from the tree, Lorne. The fruit of the tree is remarkably rotten.

Donald Trump came onto my personal radar in 1985, after having been the darling of NYC gossip columnists for a decade. When I heard of him he was the owner of the New Jersey Generals of the fledgling USFL and had just signed Heisman Trophy winner Doug Flutie to his team. Soon he was everywhere promoting himself as a self made millionaire, which was one of many lies the man has built his life on. His whole life has been nothing but a string of lies for this trust fund brat. The fact that this person of limited skill, intelligence, curiosity and work ethic was able to back his way into the most powerful position in human history doesn't speak well for not just the USA but of the whole of the Western World. The Media, Financial World and Political Parties who enabled him this whole time really have a lot to answer for.

One topic that is rarely discussed about this pathetic family is active addiction. Noel Casler (a staffer from the Apprentice Days) meticulously documents this regularly, any posts of Don Jr affectionately known as Scrump, ball-sack in other words, shows him to be actively using as is the orange republican created Frankenstein. Stoned out of his mind most of the time, combine that with psychosis and recipe for disaster that is playing out in real time. Biggest flop of all of this is that Trump remained in office the morning of January 7th. There is simply not the response required to get him out and minimize the damage. That said though, a second impeachment by the house in just a few days is remarkable considering the snails pace of getting any kind of relief out to the millions of Americans who are destitute. BC Waterboy

He didn't get there all by himself, perfect. There have been lots of Vichy collaborators who greased his way to the presidency.

A recent report in Forbes claimed that Trump's financial problem is liquidity. The Trump Organization apparently has sufficient assets to cover its debts. Cash is what it lacks. In a distress sale situation, Trump could see his equity in these real estate assets greatly dissipated.

That's always the peril with assets, especially real estate. Value is intangible, subject to boom and bust cycles, interest rate fluctuations and other forces. Debt, by contrast, is as solid as granite.

I can have a $30 million property subject to a $20 million, personally guaranteed, mortgage debt. Yet if I'm forced to sell that and I'm a high profile individual, it's a fire sale.

Wouldn't it be terrific if Trump had to turn to shady Russian sources for his bailout?

That certainly wouldn't be a hoax, Mound. But I suspect that -- for the Russians -- Trump is a stranded asset.

Trump is no longer an asset to the Russians. He is a liability. He is of no further use. He isn't even smart.

Don Jr. is weak. He doesn't have the physical presence his father does and he simply will not be able to draw the crowds Trump has.

the political dynasty Trump hoped to establish is finished. None of the Trumps will be welcome in "polite circles" and socially the party is over for them. Oh, some second and third tier people might want to meet them but the Trumps won't be interested in meeting them, because Trump really doesn't like the "great unwashed". they were useful idiots but they are of no use to him now. He needs Senators to bail him out and that isn't going to happen.

Deutsche Bank says its finished with him and unfortunately for Trump Adelson died and there went access to his $33B.

Trump will fade, e.a.f. Unfortunately, the mob he created won't.