Man of the People? 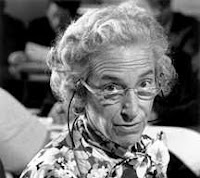 Watching George W. Bush since November's election, I am reminded of an old movie. In 1957, director Elia Kazan, writer Budd Schulberg and actor Andy Griffith collaborated on the film, A Face in the Crowd. It is the story of an Arkansas good old boy who sings a pretty good song and whose "aw shucks" persona pave his way to television stardom. It is a role which Griffith has perfected over the years. But in this film, Larry "Lonesome" Rhodes is a kind of Darth Vader from Mayberry.

On television he comes across as a man of the people, a common man of uncommon wisdom. Unfortunately, as his star rises, so does his ego. At the end of the film he is full of contempt for his viewers, feeling he can say anything he wishes; but he saves his most caustic comments for the end of his show, when the credits role and the sound has been muted. Beaming at his audience, he looks at the camera and tells them that they are fools. He can manipulate them in any way he chooses.

Of course, one of the many people he has betrayed slips into the control room and turns up the sound. The public sees behind the persona and abandons him because, in the end, they are not the fools he takes them for.

These days Mr. Bush seems alot like the defrocked Lonesome Rhodes. His theme is consistent: he continues to proclaim that he is "the decider." But one gets the sense that the public has changed the channel. Bush's contempt for the rules against domestic spying, his inability to mount an effective cleanup of New Orleans, the swamp at his Justice Department and -- above all -- the continuing disaster in Iraq, have torn the mask away from the good old boy.

In the last chapter of her book, The March of Folly, Barbara Tuchman followed the quagmire of Vietnam from the end of the Roosevelt administration to the end of the Nixon administration. Calling the chapter "America Betrays Herself in Vietnam," she detailed how successive presidents fell victim to a kind of "self hypnosis," convincing themselves that unless the United States defeated the Communists in Vietnam, they would conquer all of Asia, eventually landing on the shores of San Francisco.

It is a history of paranoia and hubris, which no amount of evidence to the contrary -- of which there was plenty -- could alter. Certain that they were men of moral courage, five presidents (Democrats and Republicans) identified Vietnam -- which Lyndon Johnson referred to as a "raggedy-ass fourth rate country"-- as a clear and present danger. The last two presidents tried to bomb the place into oblivion, never understanding that each increasing show of force merely strengthened the resolve of the North Vietnamese, who were prepared to wait the Americans out.

There was an enemy, of course. But it was in Moscow, not Hanoi. And eventually the enemy did itself in, the consequence of the regime's own incompetence. Unfortunately, those who pulled the levers of power in Washington never understood this and they refused to change course.

But, despite Washington's ill conceived notion of courage, Tuchman did not disparage the real thing. In fact, she wrote, "Aware of the controlling power of ambition, corruption and emotion, it may be that in the search for wiser government we should look for the test of character first. And the test should be moral courage." However, she wrote, " there is always freedom of choice to change or desist from a counter productive course, if the policy maker has the moral courage to exercise it."

Thus, the true test of moral courage was the courage -- in the face of a failed policy -- to change course. With so much invested in Vietnam, several presidents refused to cut their losses and chart a new direction -- until the people, through their elected representatives, forced that change. Such, it appears, will be the fate of George W. Bush. There is an enemy out there. But it was never in Iraq. Having reached the pinnacle of success, Mr. Bush is becoming just a face in the crowd.
Posted by Owen Gray at 10:48 am