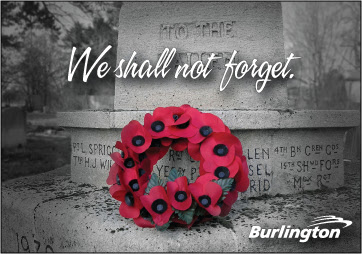 Yesterday was Remembrance Day. And in every city, town and hamlet across this land, Canadians gathered at their local cenotaphs to remember those men and women who are buried in Europe or at home -- and to pay homage to those soldiers, sailors and airmen who are still with us.

Those who are still with us are dwindling. The number of former soldiers who walk down the Main Streets of Canada each November 11th grows fewer and feebler with each passing year. But we still feel compelled to drop what we are doing at eleven o'clock, and think about the young men and women who will never grow old.

And what do we, the living, owe them? I wish I could say that we owe them the gift of universal peace. The two Great Wars of the last century were supposed to be the Wars to end all Wars. If only. But the years which followed each of those conflicts should have taught us that such noble aspirations are short lived.

So, where does that leave us? For awhile Canadians found military purpose in peacekeeping. But, in fulfilling our NATO commitment, we have discovered that we no longer perform that role. If Afghanistan teaches us anything, it is that it is much easier to get into a war than it is to get out. Therefore, when our leaders beat the drum, telling us that it is our duty to defend our country, they should always be met with a healthy dose of skepticism. Those who give the orders rarely lead from the front. And the young almost always bear the burden of the battle.

It has been a long while since we fought the good fight. But, every Remembrance Day, we recall that there was once such a fight; and we recall that we enjoy the blessings of this country because those who joined the Canadian armed forces did what was necessary. In the end, the best way to honour the dead is to distinguish between the necessary and the nihilistic. Those whose names are on headstones in Europe and the war monuments across Canada know that difference.
Posted by Owen Gray at 10:21 am