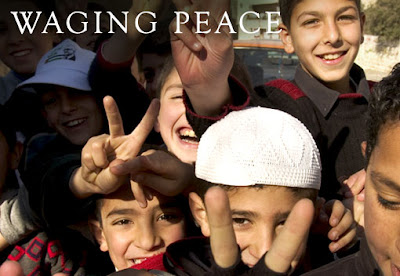 But as we began Advent this week, I found it hard to imagine any truly realistic expectations. The world, as Wordsworth wrote, is "too much with us." From Karlheinz Schreiber putting on a peekaboo performance in front of the House of Commons Ethics Committee, to the announcement that the United States has signed an agreement with the Maliki government to establish permanent military bases in Iraq, to the report which declared that Toronto is the poverty capital of Canada -- and that the number of poor children in this country is 20% higher than it was in 1989 -- there was more cause for disappointment than there was for expectation last week.

But I was taken aback yesterday when I came across a passage from Isaiah -- which everyone has heard; but the source of which few, I would guess, know. Like most of my generation, my acquaintance with the Book of Isaiah comes from secondary sources. My introduction to Isaiah came from attention to the rhetoric of Martin Luther King, Jr. He returned to Isaiah again and again: "I have a dream that one day every valley shall be exalted, every hill and mountain shall be made low, the rough places will be made plain, and the crooked places will be made straight, and the glory of the Lord shall be revealed, and all flesh shall see it together." That was Isaiah. He could be the bearer of bad news; but he was also the prophet of possibility. And then there was his faith that natural enemies could build a peaceable kingdom -- the lines behind John A. MacDonald's vision of Canada: "The wolf shall dwell with the lamb and the leopard shall lie down with the kid. . ."

It was Isaiah who made me think of King and MacDonald yesterday, when I came across the lines, "they shall beat their swords into ploughshares, and their spears into pruning hooks; nation shall not lift up sword against nation, neither shall they learn war anymore."

One could argue that we have always been a long way from the future Isaiah imagined. But it was he who inspired King and MacDonald. And it was that inspiration which led both men -- living a hundred years apart -- to accomplish what many thought was impossible. Such is the power of expectations. Down through the centuries, like Isaiah, Christmas has raised our expectations. What matters, in the end, is what we do with those expectations.
Posted by Owen Gray at 9:06 am

Email ThisBlogThis!Share to TwitterShare to FacebookShare to Pinterest
Labels: The Power of Expectations