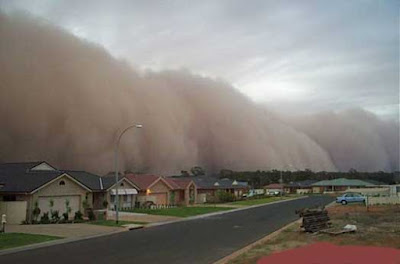 In the United States, that change is reflected in the erratic Republican campaign, which finds the bedrock it has stood on for the last thirty-five years being smashed and dragged to oblivion in the undertow. In Canada, the change is bedeviling the Conservative campaign, which seeks to import many of the same policies to the Great White North, and shift the country's centre of gravity to the right.

For Canadian Conservatives, James Travers wrote in Saturday's Toronto Star, calling an election "seemed like a good idea at the time." But recent events -- and the Prime Minister's Freudian slips -- have made what appeared to be a "sprint" to victory less likely. "Harper's policies and character," wrote Travers, have begun "challenging Dion's Green Shift and competence as a ballot question." This was particularly apparent last week, when Mr. Harper suggested that wise Canadians should treat the market meltdown as a buying opportunity -- as if ordinary citizens had the money on hand to make such purchases. In fact, Harper's advice had grating echoes of George W. Bush's advice that, after 9/11, patriotic Americans should go shopping.

In the United States, Bob Herbert wrote in The New York Times, that "the lesson for Americans suffused with anxiety and dread over the crack up of the financial markets is that there are real world consequences when you go into a voting booth and cast that ballot. . . . I don't for a moment think that the Democratic Party has been free of egregious problems. But there are two things I find remarkable about the G.O.P., and especially its more conservative wing. The first is how wrong conservative Republicans have been on so many profoundly important matters for so many years. The second is how the G.O.P. has nevertheless been able to persuade so many voters of modest means that its wrong-headed, favor the rich, country be damned approach was not only good for working Americans, but was the patriotic way to go."

John McCain started his campaign by peddling that same snake oil. But, in the wake of the failure of those policies, he has veered from one contradictory proposal to another, trying hard to avoid responsibility for the disaster which has engulfed his campaign. The result is that today the man McCain refers to as "that one" has a ten point lead in national polls, even as McCain's credibility continues to drop.

The race is much tighter north of the border -- partly because votes here are distributed between five political parties, not two. However, this weekend, Green Party leader Elizabeth May encouraged her followers to vote strategically -- either for Stephane Dion's Liberals or Jack Layton's New Democrats -- if their votes could prevent Stephen Harper from achieving a majority of seats in the House of Commons. She added her support to novelist Margaret Atwood, who wrote last week in The Globe and Mail, "Dear Fellow Canadians: If you give the Harper neo-cons a majority government, you will lose much that you cherish, you'll gain nothing worth having, and you'll never, never forgive yourselves."

The events of the last two months add a particular urgency to Atwood's plea. It seems that, in the United States, the wreckage of the last eight years is being swept out to sea. The Harper government has only been around for two and a half years. It may survive in a truncated form, because the tidal wave has only begun to hit our housing market and the factories of central Canada. But, before long, I suspect that Mr. Harper and his associates -- despite their attempts to climb high enough into the trees -- will be swept away, like their philosophical and economic brethren to our south.
Posted by Owen Gray at 9:25 am

Email ThisBlogThis!Share to TwitterShare to FacebookShare to Pinterest
Labels: Canadian and American Elections