Putting The Children In Charge 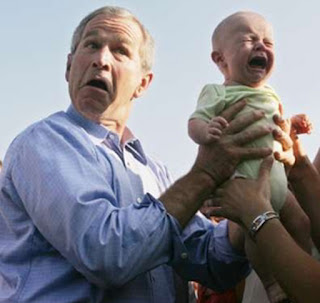 Joe Nocera's column in today's New York Times will be quoted often in years to come. He and a few others -- like Paul Krugman and Robert Reich --  have written that America's future is being sabotaged by the children who were elected last November. Nocera writes:

These last few months, much of the country has watched in horror as the Tea Party Republicans have waged jihad on the American people. Their intransigent demands for deep spending cuts, coupled with their almost gleeful willingness to destroy one of America’s most invaluable assets, its full faith and credit, were incredibly irresponsible. But they didn’t care. Their goal, they believed, was worth blowing up the country for, if that’s what it took.


The truth is that the Tea Party Zealots -- who talk boldly about patriotism and love of country -- have struck deeply at their nation's foundations. Like Franklin Roosevelt, who reined in spending in 1937 -- and sent the country back into depression -- these folks are hell bent on repeating the same mistake. But

inflicting more pain on their countrymen doesn’t much bother the Tea Party Republicans, as they’ve repeatedly proved. What is astonishing is that both the president and House speaker are claiming that the deal will help the economy. Do they really expect us to buy that? We’ve all heard what happened in 1937 when Franklin Roosevelt, believing the Depression was over, tried to rein in federal spending. Cutting spending spiraled the country right back into the Great Depression, where it stayed until the arrival of the stimulus package known as World War II. That’s the path we’re now on. Our enemies could not have designed a better plan to weaken the American economy than this debt-ceiling deal.


Responsible adults know that sometimes you have to tell children "No!." -- even as they throw a tantrum, hold their breath and turn blue. When you give the children the run of the House, the place will be left in a shambles

This entry is cross posted at.The Moderate Voice.
Posted by Owen Gray at 8:29 am

One of the strangest aspects of the so-called Tea Party movement is that they have so very little understand of the spirit of the 'founding-fathers' that they so actively champion. They foolishly believe that since men like Franklin and Jefferson understood the dangers of governmental tyranny, that they therefore would have opposed an active government that expands to assist and improve the conditions of the people. It is a typical reaction of religious and political zelots who fail to understand that even great men and women are products of their time and to really live by the spirit that, say, men like Jesus or Thomas Jefferson embodied, is to expand on best of what stood for.

And of course most Americans conveniently forget the role that Thomas Paine played in the victory of the Colonies against British Tyranny. And Paine was a radical far ahead of his time who almost single-handedly wrote the French Constitution of 1793 and was probably the first writer to hint at the idea of a genuine welfare role for a democratic state.

I guess the US is a great leader in abusing the principles of religion and politics.

If the founder of Christianity showed up at most church entrances, Kirby, the congregation wouldn't recognize him.

By the same token, if Payne, Jefferson or Franklin wrote for the editorial page of the New York Times, these folks would declare that they were enemies of the state.

They have lots of passion in the service of ignorance -- a lethal combination.