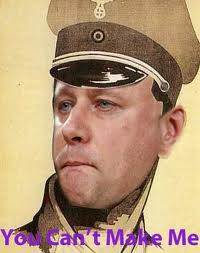 Globe and Mail columnist John Ibbitson writes that Stephen Harper has been "unbound." What that really means is that he has neutered Parliament. If you don't believe that's true, writes Andrew Coyne, take a look at Bill C-38, the government's "omnibus" budget bill:

When the Harper government packages legislation these days, it is in the form of  omnibus bills. That means that there is all kinds of legislation which never gets debated.

The bill runs to more than 420 pages. It amends some 60 different acts, repeals half a dozen, and adds three more, including a completely rewritten Canadian Environmental Assessment Act. It ranges far beyond the traditional budget concerns of taxing and spending, making changes in policy across a number of fields from immigration (among other changes, it erases at a stroke the entire backlog of applications under the skilled worker program), to telecommunications (opening the door, slightly, to foreign ownership), to land codes on native reservations.


Under the guise of a spending bill, the Harper government is waging war on the environment:

The environmental chapters are the most extraordinary. Along with the new Act, they give cabinet broader power to override decisions of the National Energy Board, shorten the list of protected species, and abolish the Kyoto Protocol Implementation Act — among “other measures.” For much of this the first public notice was its inclusion in the bill.


There was a time, Coyne writes, when Canada's elected representatives -- including Stephen Harper -- would have risen in noisy rebellion:

Once upon a time such insults could be relied upon to produce unruly scenes in the House, obstruction of government business and whatnot. The packaging of several pieces of legislation into one omnibus energy bill in 1982 provoked the opposition to refuse to enter the House to vote. The division bells rang for nearly three weeks until the government agreed to split the bill. The insertion of a single change to environmental legislation in the 2005 budget bill, a note from the Green Party reminds us, so enraged the then leader of the Opposition, Stephen Harper, that he threatened to bring down the government.


But Stephen Harper is no longer the Leader of the Opposition. He is prime minister. And he claims his office gives him the power to blindfold Parliament and tie its hands. He has taken Parliament hostage.
Posted by Owen Gray at 8:36 am

Email ThisBlogThis!Share to TwitterShare to FacebookShare to Pinterest
Labels: Parliament As Hostage

And all most Canadians do is stand around mooing. The only signs of life are in Quebec, something that has inspired me to start learning French. As far as Ontarions are concerned, you could stick pins into them and they wouldn't react.

Perhaps Quebec is a harbinger of things to come. On the hopeful side, the kids might teach their parents what real democracy means.

On the other hand, Harper's contempt for la belle province could bring us to the brink -- again.

I agree with Fightfordemocracy, that "all most Canadians do is stand around mooing".

It's one thing to make comments on a blog like this one where everyone's views are much the same, and you can depend upon a warm reception from a friendly blog master like Mr. Gray. Expressing your views that way may be safe; but if it's not "mooing", it's very close to it.

If you really want to bellow, seek out a broader public forum and argue your case to the unconverted. You just might make a difference, and you won't be accused of mooing by SOB's like me.

It would be nice to have a wider audience, SO. But the editorial policies of most newspapers in this country are not supportive of my views.

Of all the urban papers, only the Toronto Star supported Jack Layton in the last election. All the others recommended Mr. Harper to their readers.

For the moment, people of my ilk will blog. And only those who are interested will read what we have to say.

The central problem in Canada is getting those who have no interest in this country's politics to take ownership of their right to vote.

I'll be writing to NDP MPs and asking them why they're participating at all in this travesty of a parliament.

Good idea, thwap. Perhaps a strike would call attention to the surreal place that Parliament has become.

One thing is sure: the government couldn't legislate the opposition members back to work.

Harper does not feel bound by any past precedents, Anon.

It's critical that, based upon evidence of voter suppression, the courts overturn some of those close election victories.

That's something they have been loathe to do. But once the air of illegitimacy has set in, Harper will have a hard time justifying his government's existence.