We, The People, Are In Trouble 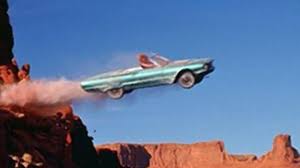 It's about more than the not withstanding clause. As The Ford government meets in a rare Saturday session today, Martin Regg Cohn writes that this is all about our democratic norms:

Going forward, there’s a bigger question: What has the premier done to our democratic norms?

The Constitution is merely a piece of parchment. But our democracy is an unwritten code of conduct.

Pay attention to Ford. Notwithstanding what the premier did with that contentious constitutional clause, it’s the why he did it that is so unforgiveable.


Ford believes that, in a democracy, the only thing that matters is elections. And, once elected, the winners can do whatever they want:

Consider his most frequent, yet fearful, refrain: “We were elected by 2.3 million people to move forward and make changes in this province.”

Is he not now premier of all 13 million Ontarians — not merely those who cast ballots from his besotted base, or voters who held their noses? Is he merely leader of Ford Nation, or premier of our province?

Defending the notwithstanding clause — often dubbed the “nuclear option” by legal experts — Ford demonstrated his newfound command of the law: It’s part of his toolbox, and “if it wasn’t there to be used, it would not be there.”

A novel argument, unless an American president ever used that logic for his own (non-constitutional) nuclear arsenal: If it’s there, surely it’s there to be used, so why not press the nuclear button to break a deadlock? Just because you can, doesn’t mean you should.

Whatever one thinks of Ford’s invocation of the notwithstanding clause, never before used in Ontario, it is his demonization of the judiciary that is unprecedented in this country’s recent history. That not a single member of his cabinet or caucus dissented from his rhetoric is to their enduring discredit.


When all the members of a government follow a fat headed fool over a cliff, we the people are in trouble.

.. its a persistant belief of mine, that 'public service' or 'public servant' are essentially extinct.. kaputski, toast, gone with the wind. And we realy don't even see such words or terms used by political animals, or mainstream media.. tho here and there they surface, gasping for oxygen in courts of law. For some obscure reason, I thought that was why we held elections.. to choose who would best represent the dreams, needs and wishes.. of .. uh.. us !

Well, we need to disabuse ourselves of such fallacies. Political parties are not about public service.. they are about self serving their own interests.. and whomever is their donor base. Doug Ford's scumbuggery aside.. how did Ms Mulroney measure up when the fat was in the 'notwithstanding' fire ? Oh.. a complete ZERO.. Up to bat steps Andrew Scheer ! A mighty whiff from Sir Dimples, Trudeau declined to get involved.. perhaps scenting the theme of his next campaign.. and so it rolled. 99.9 of elected 'public servants' wanked when Ford pulled his coup d'etat on the judiciary and blindsided democracy.

He had tons of accomplices, sellouts.. enablers or those who wank & just look away conveniently.. just like the toxic losers and posturers Donald Trump runs on. We have our very own swamp creature in Doug Ford.. and lickspittle ex Harper officios & partisan cranks. Welcome to the new 'public service' .. it looks like a trough, smells like a trough.. hell it is a trough.. and no, you will never be invited to the slopping

Ford represents what is worst in our political culture, sal. We need to think carefully about how to take him on. If we act impulsively -- as he acts or reacts -- we will sink to his level. Now is the time for some careful strategizing.

It surprises me not in the least, Owen, that adults in the room are nowhere to be seen. When political vets like Christine Elliot agreed to run under the Ford banner, one knew that whatever might have passed for personal integrity was but a quaint and forgotten notion.

Bill Davis has criticized what his former party is doing, Lorne. I'm sure he doesn't recognize the Fordians. They are a universe away from the party he used to lead.


Sal's absolutely right. The political apparatus is how the public consent to be governed. It is our collective interface with our nation or our province or our municipality. It is not supposed to place its partisan political fortunes in conflict with or above the public interest and yet - Liberal or Conservative or New Democrat - it simply ignores that fundamental foundation of democracy and the role of informed consent.

It happens in Canada, to be sure, but not, as yet, to the scale it occurs in the United States. America's 'bought and paid for' Congress and stacked deck Supreme Court are blatant examples of dysfunctional governance that is anything but democratic. At this point I like to cite the Gilens and Page study published by Princeton in 2014 as a roadmap to how democracy succumbs to plutocracy.

I wonder what Gilens and Page would say about Canada -- if they took a good hard look at this country, Mound.

Ford is too stupid to think this one up. However, the advisor he hired, Gordon Campbell (el gordo), former premier of B.c. isn't. Its the first strike. Gordon Campbell did something along the same lines in B.C. You come to office, you have a "vision" and the first thing you do is take out the group which will be your greatest opposition. In B.C. Gordon Campbell, during the election promised all sorts of things. The first thing he did was tore up the H.E.U. agreement and instituted the largest mass firing of women in Canadian history. He broke the collective agreement, which was to run out in the not so distant a future, fired all the workers, almost all female, and contracted out the cleaning of hospitals in B.C. They haven't been clean since and the deaths from that, 86 in 2 1/2 yrs, of il deficle, in one one hospital alone.

The unions were the biggest opposition Campbell had in B.C. He sent them a message. In Ontario its been sent to the cities and town. Don't oppose Ford's or the corporate agenda or you too will be gone.

Ford is a buffoon and not a very smart one at that. Gordon Campbell, may have driven drunk in Maui, but he is educationed, smart, and a little short in the ethics dept. in my opinion. He was also only the second person to be invited to a Bilderberg Conference.

The GST lies he told the province, during the second election, got him bounced from the leadership of his party, but Harper made it all better, and anointed him to that plum job in London, with butler, chauffeur, etc. until Trudeau was elected and decided not to re new the "contract".

So none of this surprises me. And trust me, Ontario hasn't seen anything yet.

Expect there to be "sales" of provincial land to private industry. Watch what happens to your Ontario Hydro. Don't be surprised if Ford next decides to dismantle health care and uses the not with standing clause to do it. privitization was always one of el gordo's favorite things. Ford isn't smart enough to even run his father's company. does anyone think he is smart enough to run a province? Not so much. He hired Gordon Campbell to run the province for him, and that is why the rest of the Conservatives in the leg. are sitting around doing nothing. Not only has Ford hired Campbell, he hired a number of Harper's old gang.

The people of Ontario voted for Ford and now they will hve to learn to live with it and perhaps die because of it. Kiss your democracy good bye for the next 4 years at least. Expect some very ugly changes and the attacks on the education system are going to be a whole other game yet.

I'm afraid that your predictions will come true, e.a.f. The old Harper gang were looking for an empty suit -- and they found one in Ford.