We Don't Need Them 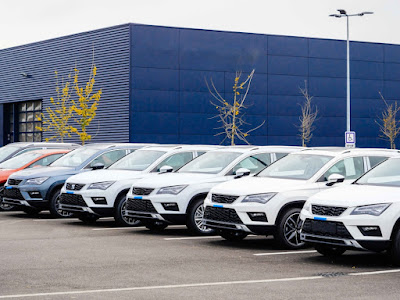 The major auto manufacturers shifted their focus to SUVs more than a decade ago. Sedans and subcompact cars are not where they make their money. Zoe Long and Jonn Axsen write:

When it comes to vehicular popularity, SUVs are winning in Canada. Eighty per cent of new vehicles sold in Canada in 2020 and 2021 were SUVs and pickup trucks. These sales levels were only 55 per cent a decade ago. Unfortunately, the trend comes at the expense of the climate.

In Canada, SUVs produce around one-third more greenhouse gas emissions per kilometre than cars on average. Over the past decade, our fuel economy standards have been improving the efficiency of new vehicles, but the switch towards SUVs, pickup trucks and minivans has been counteracting those efforts. From 1990 to 2019, emissions from SUVs and other trucks more than doubled in Canada, leading to a 40 per cent increase in total passenger vehicle emissions during that period.

This has threatened Canada’s commitments to cut greenhouse gas emissions by 40 to 50 per cent by 2030, and to reach net zero emissions by 2050. To explore the tension between the demand for SUVs and its climate challenges, we used a mixed-method approach to study consumer behaviour through consumers’ in-depth stories and the overall trends.

We surveyed nearly 1,000 representative SUV drivers, car drivers and non-drivers in Metro Vancouver and followed up with some of them in focus group discussions for our study. We found that while SUV users are drawn to the vehicle because of features that provide comfort, style and safety, some were willing to downsize due to policy changes.

In the interest of shifting these trends, we explored the potential of different actions to sway people away from SUVs. In our survey, only 28 per cent of those planning to buy an SUV would consider downsizing to a car without any policy or other change.

Today, Canada’s vehicle fuel efficiency standards are lenient towards SUVs and pickup trucks, which may have perversely incentivized the current trend towards SUVs. Carefully redesigning existing regulations to avoid such loopholes can be one option to address the climate change concerns posed by SUVs.

The current schedule for increasing carbon pricing in Canada could potentially shift buyers towards smaller vehicles over time by increasing the cost of gasoline. Unfortunately, car buyers are notoriously shortsighted at the time of purchase and tend to undervalue long-term fuel cost savings.

Other pricing mechanisms could include extra purchase taxes for gas guzzling vehicles or tax breaks and other fee reductions for buyers of smaller cars. Reduced vehicle insurance rates for smaller vehicles could be a win-win policy, providing road safety benefits and reducing GHG emissions, from the resultant downsizing.

Without pursuing a policy path, challenging the cultural and market entrenchment of SUVs will be tricky. Canadians are unlikely to end their SUV obsession on their own. We need policy actions to reduce the use of GHG-intensive vehicles and pursue our climate goals.

The SUV has had its day. We may want them. But we don't need them.

Email ThisBlogThis!Share to TwitterShare to FacebookShare to Pinterest
Labels: The Threat From SUVs

We had a 2007 6 cylinder standard Accord that used 34 miles per gallon, a 2009 4 cylinder automatic that used 31 miles per gallon. (Yes, the 6-banger got better mileage than did the 4 banger.) We traded them both in on a 2019 RAV4 4 banger automatic that gets 38
miles to the gallon, with a surprising amount of “guts”
coming from the motor.
While the SUV is a nice vehicle to drive and we found it useful to transport stuff from The Island to our kids in LoopyVille, we do not really need it. But when the time comes to getting a newer vehicle, going back to a sedan may not be an easy choice.

We live in a retirement community, DJF. There are lots of SUVs in the parking lot. They don't carry kids back and forth to soccer games. They're popular but not exactly practical.

Governments could solve many of our problems if they would just stop subsidizing carbon.

Absolutely true, Toby. But so hard to achieve.

It's amazing how much of the public infrastructure assumes an SUV or pickup truck. I was coming out of a parking lot on the weekend and had to get out of my car because the buttons on the ticket machine were too high for me to reach. I've had the same problem at drive-thru bank machines. Bad design isn't limited to SUVs.

I agree, Cap. We think bigger than we need to think.

Hi, Owen. I'm a sinner. A few years ago I bought a first-generation (i.e. compact) VW Tiguan. Why? Because I need it. It's much easier for me to enter and exit. The ravages of time, plus the odd motorcycle accident, have taken a toll. Little cars don't like me any more. An hour behind the wheel left me in some degree of pain, usually for a day or so. When my knees clapped out it was an ordeal to get out of that car. Now, mini-SUV, all wheel drive, is a blessing.

I have atoned for the fuel economy sin by being frugal on driving. In BC the provincial insurer offers a 10 per cent premium discount for those who drive less than 4,000 kms/year. I'm logging around half that. I wait until I have three or four places I need to go and then I do all those chores in one trip.

There have been consequences. VW, like most manufacturers, has a warranty service and inspection schedule. You are obliged to do thus and so at so many kilometres or after so many months. After 5 years I capitulated and delivered it to the shop with 12,000 kms. on the clock. They changed the fluids and inspected all the wear items. Everything was "like new" - brakes, tires, belts, etc. The only fault they identified was the battery. Apparently if you don't drive the damn thing doesn't charge itself.

When I was ushered into the office of VW Germany-trained and certified techie (wait for it) - Klaus - he said that mini-beast could be expected to easily last for another 100- to 150-thousand Kms. And, at 2 to 3-thousand kms. per year, my Tiguan and I were in a "till death us do part" relationship.

So she sits in her lovely heated garage and I've become something akin to the little old lady who only drove once a week to church. Funny how you look on a car/suv when there's a reasonable expectation it will be your last and, even then, when they pry it from your cold, dead fingers, everything will still be "like new."

I understand the problem, Mound. Before we bought our newest car I tried getting in a van. Old age has also taken its toll on me. It's much easier for me to get into a sedan. So we have to bow to reality.

But we don't always do that. Several of us old folks own two cars. Just two of us and we have two cars. The problem is we like our cars more than we need to.