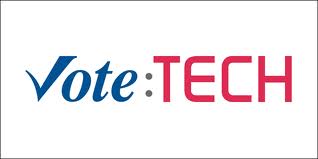 Michael Harris -- who I quote a lot these days -- has uncovered Stephen Harper's recipe for governing Canada:

3 cups of fear; 3 cups of information burial; 3 cups of ad hominem vilification; 1 cup of voter suppression; 1 cup of contempt of Parliament; a generous sprinkling of never-say-die lawsuits; 4 cloves of broken promises; 12 large sycophants to be found at Planning and Priorities (if you can find out where the committee meets); a dash of softness wrapped in a blue sweater (reserve this close to a piano until needed); a dollop of public money to pay for torrents of self-congratulatory messaging; and a big bunch of people with everything but a critical faculty.


It's powerful stuff. And, for those who drink the Kool Aide, it induces a combination of amnesia and ennui. What's the antidote? The Liberals hope it's Justin Trudeau. But it won't be that simple. Harris writes that successful political parties have changed the whole process of electioneering:

Now we have entered the era of identity-theft electioneering. They don’t tap at your door, they tap into your data. Instead of making up platforms on the fly, they tailor the “message” to what turns your crank.

Zooming in on individuals is big. It allows parties to draft messages that are very comforting indeed — personal messages crafted especially for you. Trouble is, you aren’t pulling the politician’s strings anymore — he’s pulling yours. Elections have become costly public relations charades that interrupt the private agenda of the big dogs until they fool you again. Winning elections, even byelections, is about controlling the process with technology, not making a policy pitch and hoping for the best.


The only hope of beating the technology of electioneering lies in developing a superb ground game, where the opposition turns out more carefully targeted votes than the Harper technocracy.  Trudeau could take Stephen Harper down:

If a wave begins to build for Trudeau, if the youth vote is galvanized, if the country decides that politics matters again and goes to the polls in large numbers, if voters reject the politics of personal destruction as they did in the recent U.S. presidential race, Stephen Harper will not survive on the love of the people.


But before that happens, opposition voters will have to unite behind Justin -- or whoever becomes the progressive standard bearer.
Posted by Owen Gray at 9:28 am

Email ThisBlogThis!Share to TwitterShare to FacebookShare to Pinterest
Labels: The New Rules Of Electioneering

Right in the House of Commons, I heard and saw Harper himself, allude to the NDP as "Nazi" supporters during WW11.

Toews called Canadians "with" the pornographers.

Layton was Taliban Jack. He was a true Canadian, where Harper is not.

The vile things Harper said about, Ignatieffs family, were disgusting. Harper said Ignatieff was not a true Canadian. His father was a Russian immigrant.

Is Harper so stupid he doesn't know? It was the immigrant family's, who built this country? They sent their sons to war, along side of my own brothers.

We were given no apologies, what-so-ever. Nor does Harper ever apologize, for his ugly behavior to others. Harper's childish and his little juvenile attack ads, show his real mentality. He knows, that is the only way he can win.

There is no doubt, most Canadians say, Harper cheated to win the election.

Harper as a dictator, controls all. The only possible way Harper could ever win another election, is to again, cheat.

My sense is that JT is a charismatic face that will be applied to the same tired Grit Natural Governing Machine run by his dad and JC, all based on the ephemeral premise that we can, indeed, have it all (but that it will happen just after the next election). I'm not sure that the Dippers are really any better, but I can't see that we'll have an opportunity to find out. I can't get by the nagging feeling that the game in Ottawa, as in various provincial capitals and city halls, is channeled so that it's well nigh impossible for us to achieve anything that deviates substantially from More Of The Same. It's as easy to dissipate constructive energy in futile political wranglings as it is in watching Dancing With The Stars. OK, I'll still be a fringe participant, but in the spirit of George Carlin's diatribe on voting, I'll put most of my energy into local organizing. There is little point in taking Harper down to simply replace him with a more thoroughly veiled simulacrum of democracy, said veil covering the puppetmaster model of economic domination.

And, as Harris suggests, he possesses the technological tools to help him win again -- unless a majority of Canadians show up at the polls and vote for someone who would make a better prime minister, Anon.

Your point is well taken, Danneau. More Of The Same does the majority of Canadians no good.

All I can point to today is Rob Ford's ouster from office. He joins Gerald Tremblay and Dalton McGuinty.

At lower levels of government, the answer may still be blowing in the wind. But the direction in which the wind is blowing has changed.

I am enjoying the judgement against Ford. I will never understand how he ever got enough votes to win in the first place. I used to think Toronto was a world class city the a level of sophistication. "Who let the yahoos out." If he loses the other court case it will cost him $$$$$$$$. That will look good on him too.

One thing Ford shares with Harper is they both see "democracy" as an inconvenience to ruling and must be worked around.

And today's ruling was about less than $3200, Philip. The Integrity Commissioner told him he'd have to pay it back and Ford refused to do so.

Our present masters insist on getting their own way. We're fortunate that the courts are not impressed by Mr. Ford and his ilk.

I think Stephen Harper is going to have to be continually slammed with what he is actually doing.. to democracy & parliament, the Canadian environment and most if not all of the responsibilities represented by his Ministers and their portfolios.

Why Harper and Baird are getting away with inflicting their personal ideology re Israel or Iran instead of the wishes or views of Canadians via plebiscite is beyond me. We need a thousand more like Michael Harris.. and we need their voices to reach Canadian voters.

All the insane legislation coming out of the Pandora's Box of this majority government and its Omnibus 'Budgets' is so oil and gas can be shipped out of the country. The land, waters, air all under attack for petro profits and tax revenue... and so creeps like Mackay, Clement, Flaherty, Van Loan et al can pretend to be oil sheiks and order fighter jets to fight in foreign lands.

These runaway sanctimonious political animals have forgotten they are public servants with job descriptions. Job # 1 is to serve Canada and Canadians and listen to, respect and protect their wishes and needs.

At the very least, The Harper Government must be contained and restrained within a minority position. Ideally the Harper MP's and Ministers defeated in the next election will include the most sanctimonious and dangerous of a bad lot.

This will all take a huge viral and loud, accurate and scathing.. very effective and efficient effort from independent bloggers, artists and scientists, scholars, researchers, writers etc.. as well as our best and brightest working in more mainstream media, entertainment and sports channels.

This is the horsepower.. of thousands and thousands of clear Canadian voices. This is who current opposition parties should be trying to harness to subdue the Harper Government.

Even in a minority situation, salamander, Harper governed as if he had a majority.

The only way to stop his progress is to send him back to the opposition benches. My bet is that he cannot stomach being the Leader of the Opposition.

I disagree.. The situation is dire.. toxic.. criminal

The Prime Directive is 'Stop Harper' .. Remove his Majority .. Its all come apart under his ability to simply jam his ideological crap legislation tyranny through without any real censure, oversight or hindrance.

If Mr Harper, his backers and backroom cabin boy advisors/strategists think another prorogue as a minority government defending its shallow ethics via bizarre barking dog idealogues like John Baird is rational, ethical, defensible or Canadian in any way.. I say let them try it out..

I want to see if another Governor General will let Harper get away with steamrollering democracy and Canadian's dreams and wishes. Then I'll understand exactly how truly and irredeemably bankrupt our political system and parliament has become.

I don't think we're that far apart, salamander. We both believe that Harper -- in either a majority or a minority government -- is toxic for Canadian democracy.

The real problem we face is uniting the progressive forces opposed to him, and then getting them to the polls.

His candidate in yesterday's byelection in Calgary only garnered 37% of the vote -- and only 28% of those who could have voted did vote.