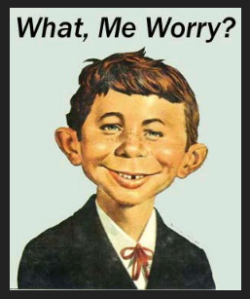 After consuming Christmas turkey and stuffing, we turn to making New Year's resolutions. Keeping the resolutions is always a problem. But at least we make them. After their defeat in October, the Conservatives have had no trouble keeping new resolutions -- because they haven't made any. Michael Harris writes:

The Harper era is over. The surest way to take up permanent residence in the political wilderness is to pretend otherwise. And that is exactly what the party is doing by continuing to shirk its responsibility for the awful policies and rotten behavior which were so roundly rejected by Canadians two months ago.


Their interim leader, Rona Ambrose, thinks that all the party needs is a new face and a new voice:

To the extent that Rona Ambrose affects the choice of the permanent leader, the Conservative Party of Canada will remain moribund — a captive of the party’s Reform wing, which will not soon be rushing to carry Peter MacKay around on its shoulders as the new Steve. None of the usual suspects stands much of a chance of winning back power. Think about it … Jason Kenney as a champion of renewal?


The central problem the Conservatives face is that they don't understand the significance of the Charter of Rights and Freedoms:

After the Charter became law, power was vested in citizens. In one stroke, the authority of the ten provinces and the Parliament of Canada was restrained, if not diminished.


They view the Charter as a Liberal conspiracy. And the new leader must tow that line. Put simply, the Harper Party has never understood how the world has changed. And, in their certitude, they think no new resolutions are required.

Whether he wears pants or a dress, the next leader of the Conservative Party of Canada will be Alfred E. Neuman.

I think what we see here, Owen, is Conservatives doing what they do best - living in the past, no matter how unsavoury that past may be.

Perhaps the new con party leader will have horns a pointy tail and cloven hoof's I think the old one had them...

He hid them whilst in public but outta sight holy cow. I think I saw his tail once on the campaign trail he=he happy new year to you and yours Owen :>

Best wishes to you and yours for the New Year, Mogs.

Will Ambrose and her crew be able to keep up their ridiculous rhetoric for 4 yrs. Owen. We'll see I guess. I think all of us are going into 2016 in a more positive frame of mind and for that I am thankful.You and your family have a wonderful and joyous New Year.

Happy New Year to you, Pam. Let's hope it's a much better year for all Canadians.

Not hope boys and girls let us make it we together can get it done...