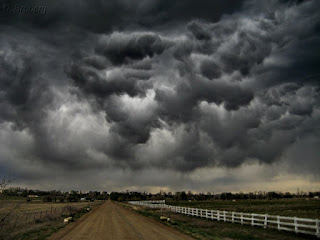 Naturally, Canadians want their politicians to deal with Canadian problems. But, Glen Pearson warns, whoever becomes prime minister will face a dysfunctional world. He offers several examples to make his point:

The riots in Hong Kong have dominated the news cycle for days. Things have gotten out of hand for the Chinese government and they are expected to brutally dispel the protesters .  This is one hot spot that is already placing pressure on the Canadian government prior to the election, since some 300,000 Canadians live in the region.

China is active on other fronts as well. Their trade war with America is already having significant effect, leaving many economists warning that it will lead to a global recession just a decade after the global financial crisis that led to so many changes in work and corporatism.  And with China holding over one trillion dollars in U.S. treasury bills, what would happen if they called President Trump’s bluff and dumped those bonds?   Fortunately, for now at least, the Chinese government is showing more caution than the Americans.

This past July was the hottest month on record. The effects have been destabilizing and it’s becoming clear that only the most urgent of action among nations can mitigate the oncoming climate crisis.  How will Canada respond?

With Prime Minister Boris Johnson being elected by only .2% of the British population (Conservative members), it looks inevitable that his government (held buy only a majority of one) is careening toward a no deal Brexit. Britain is in trouble and knows it and a fall election is inevitable.  The implications are dire, not just for Europe but for all of Britain’s main allies and trading partners, including Canada.

The on-again off-again “bromance” between Donald Trump and North Korea’s Kim Jong-un might be mildly entertaining, but the four missiles launched by North Korea this month as a “direct warning to America” reveal once more that Jong-un has no intention of doing away with the nuclear potential and could easily be provoked to lash out if pressured too hard.

Last month, Vladimir Putin celebrated his 20th year in power. How did he celebrate?  By cracking down on dissidents and any political opposition.  He vowed once more to keep Syria’s President Assad in power and opened up new avenues for building strong ties with China.  As America abandons its global leadership role, Russia is proving more than willing to fill the gap.

The problems between America and Iran aren’t going away anytime soon. The Strait of Hormuz remains a vortex for all that could go wrong with regional tensions and global oil supplies.  With America pulling out of its peace arrangements with Iran, there aren’t any guarantees that just one incident couldn’t spiral out of control.

If there is a sleeping “time bomb” in the world today it is the escalating tensions between India and Pakistan – both possessors of nuclear warheads. Indian Prime Minister Modi’s cancelling of Kashmir’s special status has led to heightened tensions.  Kashmir represents the largest Muslim territory India has and the decision isn’t going down easy.  Neither India or Pakistan’s government is a model of stability and diplomacy.  Foreign experts around the world are watching this more closely at the moment than any other region.


The clouds are growing darker. It's clear that the next prime minister will face all kinds of problems at home. But it's also clear that -- like it or not -- he or she will become deeply enmeshed in the world's problems.


Owen, based on everything I've read, my guess is that the 2020s will be unlike any decade we have known. Only those who can recall clearly the dark days preceding and in the first few years of WWII will have had a similar experience.

Yes, the world is destabilizing. Back in the era of Mulroney, Thatcher and Reagan when neoliberalism was adopted few realized it was not a stable model but a process that would eventually fail. If anything it has overstayed its welcome perhaps because, going in, we could not foresee the immense difficulties of getting out and moving on to the next great thing intended to address changing circumstances.

Now that there's no one in the wheelhouse to steer us to a safer course, we're heading into gale force waves amidst a sea of shoals.

The compromise of national sovereignty essential to the growth of global free trade creates a fragility when the pressures of climate change, population migration, resource exhaustion or terrorism and nuclear proliferation come into play. We have now stumbled into another nuclear Cold War having just barely survived the first one but, this time, geopolitics are much less stable, perhaps even less rational. The nation state of this century is more advanced, to be sure, yet less robust, more inflexible, less resilient.

The one void that I find most worrisome, what I see as our Achilles' Heel, is the mediocrity of leadership, statesmanship and diplomacy today. We face an existential threat, climate change, and yet finding an effective consensus on responding to it has proven beyond our reach. Nobody with any interest in a global solution can lead the rest to achieving much.

From where I sit, Mound, leadership seems to be defined by the application of hard, raw power. What got us through the ugliness of the last century was the commitment of some to soft power solutions. It's really hard to find anyone these days who believes in the benefits derived from the application of soft power.

I suppose if I were the leader of North Korea, I'd take Trump/USA assurances with a grain of salt, and prepare for the worst. Trump has been dumping international agreements all over the place and running roughshod over international norms, so why would Jung believe in some handshake from a guy who forgets what he said five minutes later? look at the ridiculous grief we got over steel and aluminum exports based on EssEffEh.

The Chinese treated Canada like dirt well before the Huawei affair. We are regarded as a few nobodies worthy of zero respect. Their ambassador to Canada was offensively rude back in 2015, and iPolitics comment threads were then deluged by Chinese internet-troll-farm dudes telling us we were nitwits. They don't act like that directly with the USA.

No doubt about it, the next decade will be nasty. Which situation will boil over first is the question. Because we are so closely tied to the USA, we have tied our future to theirs whether we like it or not. And whether the US can extricate itself from its own mire and domestic decay at home is what will affect us first. It doesn't help that the Con ideologues running many Canadian provinces see hell-bent on the usual austerity nonsense designed to make the rich richer and their acolytes rewarded in kind. The thought of Kenney enjoying a wealthy retirement for services rendered tends to make me want to barf.

I agree with all you have said, BM. It's going to be a very rough ride.