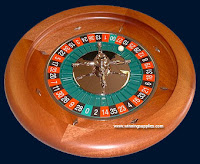 Last week, Hugh MacKenzie -- an economist at the Canadian Centre for Policy Alternatives -- wrote an editorial which relied heavily on recently released data from Statistics Canada. The data underscored what an earlier study (see my post for March 7th) confirmed. The last fifteen years have seen a growing gulf between the richest 5% of Canadians and everybody else. All of this has happened as leaders of all political stripes have sung in chorus that tax cuts create a tide which, in turn, raises all boats.

Writing in The Toronto Star, David Olive put those statistics in context. "Statistics Canada reports that 2.8 million families, or one in five, live below the low income cut off, or LICO, the new politically correct term for poverty line. The gap between rich and poor has reached a three decade high, a prosperity gap usually associated with underdeveloped nations." Referring to Mackenzie's work, Olive pointed out that "a stunning 80% of families have seen their earnings and after tax income stagnate or decline, after inflation, over the past generation."

Such is the hypocrisy of economic and social conservatism. The family values folks have had a disastrous effect on the people they say they revere. Tax cuts led to a decline in social investment, on the theory that the poor, with money in their pockets, would look after themselves. But those tax cuts came in the form of tax credits. And tax credits only apply to those who have incomes. And those with larger incomes receive larger tax breaks.

It has been the same story south of the border, where all of this economic flim-flam began, thanks to Milton Friedman and his colleagues in the Economics Department at the University of Chicago. In his blog last week, Robert Reich -- the former Secretary of Labour and now a professor of public policy at the University of California at Berkeley -- wrote that, according to data supplied by the IRS, "the wealthiest 1% of Americans are earning 21% of all income. . . The bottom 50% of all Americans, when all their incomes are combined together, is earning just 12.8% of the nation's income."

At the same time, Finance Minister Jim Flaherty promised more tax cuts. And President Bush vetoed a bill which would expand health coverage for uninsured children because it would "encourage socialized medicine." As E.J. Dionne pointed out in The Washington Post, by the same logic we should not encourage public education. Today's conventional wisdom is that social investment is socialism. Franklin Roosevelt faced the same criticism. His record speaks for itself.

In the mid 1970's, in the wake of his Nobel Prize, Friedman and his wife wrote a book titled Free to Choose, which PBS turned into a popular series of programs. But, as the last twenty-five years have shown, what Friedman called "freedom," actually meant "privilege." In the name of freedom, economic policy makers have rigged the game. That little white ball keeps coming up on the same few numbers. And it keeps coming up on them again and again.
Posted by Owen Gray at 8:39 am

I discovered this blog a short time ago and ever since I've been enjoying reading about the different things you've chosen to right about.

Thanks especially for the article today, it made me realize that there are other paying attention to the world around them and what is going on.

Keep up the posting!