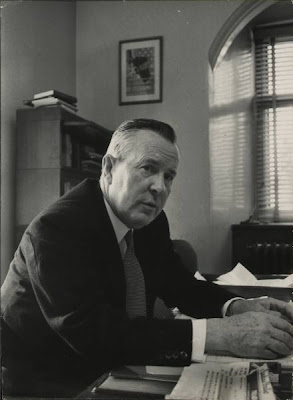 Now that Frank McKenna, John Manley, Gerard Kennedy and Martha Hall Findlay have left the Liberal leadership open to either Dominic Leblanc, Michael Ignatieff or Bob Rae, some may conclude that life in the party will be more of the same. But the small coterie of leadership candidates allows the party to do what it should have done after its previous defeat. The prime directive -- for the moment -- is not to decide who will stand for the party, but to determine what the party will stand for.

This is not the first time the Liberals have been in this spot. After the Diefenbaker Progressive Conservatives sent the Liberals packing in 1957, the party held an historic policy conference in Kingston. Out of that conference came the document, "New Statements of Liberal Policy." As Tom Kent -- who was at that conference and who later became a senior advisor to Lester Pearson -- wrote in The Globe and Mail, the conference "set the party's direction through the years of gathering membership and onto the programs implemented by the Pearson government." Those programs included the Canada Pension Plan, Medicare and (although many have forgotten the cantankerous debate which surrounded it) the adoption of a distinctly Canadian flag.

The Kingston Conference concentrated on the future and thoroughly examined -- painful though it was -- why Canada's "natural governing party" had been reduced to a shadow of its former self. And it started, not from the proposition that the people were stupid, but from the realization that the world had changed.

The global financial crisis of the last year and the election of Barack Obama in the United States has, indeed, confirmed that -- once again -- the world has changed. Kent told his readers that it is time for the Liberals to engage again in such a far reaching rethink -- and he sketched out the general parameters of such an exercise: "In my view, the dominant aim should be to enable all families to nurture their youth in health, with early care and learning, and with the stimulating opportunities that can make good lives possible in the contemporary economy."

Last week, Deborah Coyne -- a long time Liberal activist -- tried to flesh out that vision. "National action -- from food safety to clean air and water, to removing toxins in our environment -- has, at best, been anemic, incoherent and after the fact. At worst, it has placed the public in jeopardy. Medicare is less and less a national program and more and more an uneven patchwork of medically required services across provinces with tragic consequences, as in the case of cancer pathology in Newfoundland. Our physical infrastructure is dangerously decayed and public transit is inadequate everywhere. Inequality of wealth and income among Canadians is increasing alarmingly. Even in the international arena, our national impact is weak and blurred as provinces multiply their independent initiatives abroad."

These effects are the naturally occurring consequences of neo-conservative policies, not just of the Harper government, but of previous Liberal governments. What Canada needs, Coyne writes, is a party "that gives us a sense of national purpose and pride, and sees national government as an instrument of the people, not as a business to be downsized."

The renewal which Liberals seek can only be accomplished from the bottom up. Before it meets in Vancouver next May, the party needs another Kingston Conference to set policy and to organize the grassroots. This is not to say that choosing a leader will be mere frosting on the cake. Stephane Dion's recent showing proves that being a good and decent man is not enough. The party needs an extraordinary leader. But before it chooses one, it needs an extraordinary platform.
Posted by Owen Gray at 7:54 am

Email ThisBlogThis!Share to TwitterShare to FacebookShare to Pinterest
Labels: The Liberal Party