Drawing Back the Curtain 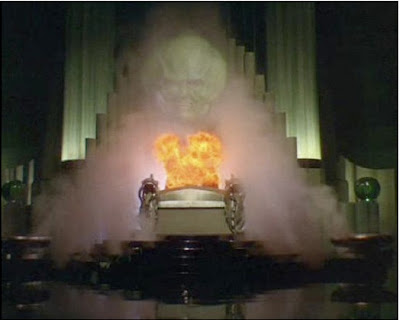 Carl von Clausewitz famously defined war as "politics by other means." Last Thursday, Stephen Harper declared war on all three opposition parties. If that analogy seems a little overwrought, consider what Tom Flanagan -- Harper's mentor and advisor -- wrote two years ago in his book, Harper's Team: "The 2004 election was our first Punic War, in which bringing the Liberals down to a minority government constituted moderate progress. We fought our Second Punic War in 2005-6, got control of the government, and reduced the Liberals to opposition status, burdened with inadequate funding and selecting a new leader. But what of the coming Third Punic War? . . .Objectively it would be more in our interest to beat the Liberals down to 20% of the vote, where they could duel with the NDP."

Despite the Conservative attack on Stephane Dion, Mr Harper's misreading of Quebec and his suggestion that Canadians should treat the economic meltdown as an opportunity to buy stocks sabotaged his party's Third Punic War. It ended in stalement. So, last Thursday, Harper adopted his final solution. It is worth remembering that, in the original Third Punic War, Rome razed the city of Carthage. And, in an effort to ensure that it would never rise again, the Romans sowed the surrounding fields with salt, rendering them barren -- an early version of Sherman's March to the Sea.

Those who contemplate war should really read von Clausewitz. Better still, they should read Winston Churchill: "The statesman who yields to war fever," Churchill wrote in My Early Life, "is no longer the master of policy but the slave of unforeseeable and uncontrollable events." Obviously, Mr. Harper is no Churchill. Rather than setting up a duel between the Liberals and the NDP, he has managed to unite them -- something they would have never done on their own. And, even though the Bloc Quebecois will not join the coalition, they, too, are on side. It is always wiser in politics to divide the opposition, not to decimate it.

Managing the new coalition will be a very difficult assignment. And, because Stephane Dion is out of the running, that task will fall either to Bob Rae or Micheal Ignatieff. Word this morning is that the NDP will hold one quarter of the seats in Cabinet; the Liberals will hold the Finance and Treasury Board portfolios; and the jobs of Prime Minister and Deputy Prime Minister will also be held by Liberals. Normally, a leadership convention would choose the Liberal leader. But Mr. Rae and Mr. Ignatieff both ran for the brass ring a little over two years ago. They are not unknown quantities in their party or with the public. If these were ordinary times, Dominic Leblanc might serve as kingmaker at a Liberal convention.

But these are not ordinary times -- something Mr Harper and Mr. Flaherty have refused to recognize. Both men have invested their entire careers in an old paradigm. And their inability to recognize that the old order is changing has weakened, perhaps defeated, their government. Both men spent the weekend furiously backpedalling. But I suspect that, a week from today, all three opposition parties will follow the counsel of Paul Martin's former communications director, Scott Reid. Harper doesn't play to win, Reid wrote in Saturday's Globe and Mail: "He plays to conquer. Under his guidance, the public interest is always subjugated to his personal political advancement. And he poisons Parliament with an extreme, bare fanged breed of partisanship that has no hope of repair until he is banished."

The challenge for a governing coalition is to convince Canadians that its members are acting in the public interest, and not for personal political gain. Whoever the Liberals choose as their leader will have to personify that notion -- and he will also need the personnel management skills to lead what the American historian Doris Kearns Goodwin has called, "A Team of Rivals."

As for Mr. Harper, he will not go quietly. He may prorogue Parliament. He may provoke a constitutional crisis. His attempts to be gracious will ring hollow. But he has profoundly misunderstood his opposition. Even worse, he has profoundly misunderstood his times. Like "the great and powerful Oz," he has suggested that we "ignore the man behind the curtain." But no errant dog has drawn back that curtain. Mr. Harper has done it himself. As Jeffrey Simpson wrote in Friday's Globe, "That [Harper] acted in this fashion, at this time, was enormously revealing. And very sad."
Posted by Owen Gray at 7:09 am