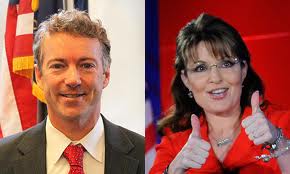 This entry is cross posted at The Moderate Voice.
Posted by Owen Gray at 7:59 am

Delighted to see someone else citing Tuchman.

I sense we have the same feelings here and it truly saddens me that people are sooo short sighted.

Closer to home I have to applaud the potash nixing and also really closer to home the nixing of the Gold mine in BC's interior...

But of course those who were speculating on 10 chickens in thier own pot at the expense of the environment are really not too happy with their man Stephen.

Does these announcements mean that that man Stephen is getting a little cautious these days?

And if so I really worry about our short sighted because heaven help us if he gets a majority!!!!

I suspect Stephen's nixing of the two mining deals is all about winning a majority. He can't afford to lose all those seats in Saskatchewan and B.C.

After Canada lost its bid for a Security Council seat, he insisted that he and his government took principled stands. But four years should have taught us that the prime directive is power -- not principle.

Tuchman is absolutely clear headed. John Kennedy had read The Guns of August before he was confronted with the Cuban Missile Crisis.

I'm certain Tuchman was at least partially behind his decision to blockade Cuba instead of heeding the opinion of the majority of his advisers to invade that island.

I get the feeling that many of our "best and brightest" know nothing about her work.

The results were not as bad as they could have been - the smallest "turnover" loss since 1945.
Also, many exit polls suggest that the voters wanted to send the Democrats a message, as opposed to liking the GOP.

I'm guessing (maybe hoping is a better word!) that the Republicans may have to reign in the more wooden-headed and extreme (eg. Rand Paul!) in their midst.
----

Finally, I have been able to access the word verification on your blog. I've been accessing it through BlogCatalog, but seem to have better luck going directly to blogger.

Democrats will be in trouble if they do not understand the disappointment which was behind this election, Chris. That disappointment caused many in Obama's coalition to stay home.

Republicans will be in trouble if they interpret the results as an endorsement of their policies.

I'm glad you're using Blogger directly. Perhaps something changed when BlogCatalog was revamped. I value and look forward to your comments.

Aargh - rein, not reign! (although in retrospect, "reign" might not be so bad in view of the Republicans view of themselves.)

Call it a Freudian slip, Chris, which speaks volumes.