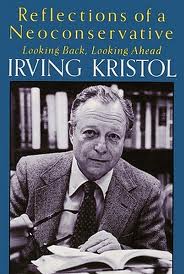 The late Irving Kristol -- the godfather of Neo Conservatism -- once referred to the Republican Party as "The Stupid Party." In today's New York Times, Maureen Dowd uses the same epithet to describe a party which has been thoroughly Kristolized.

The present party front runner, Rick Perry, boasts that he placed in the top ten of his high school graduating class of thirteen, while

Sarah Palin, who got outraged at a “gotcha” question about what newspapers and magazines she read, is the mother of stupid conservatism. Another “Don’t Know Much About History” Tea Party heroine, Michele Bachmann, seems rather proud of not knowing anything, simply repeating nutty, inflammatory medical claims that somebody in the crowd tells her.


It may be true, Dowd writes, that President Obama is an "over intellectualized professor."  But what can you say about a party which believes that true leadership doesn't require smarts? Perry believes that what Americans yearn for is

the kind of guy who goes jogging in the morning, packing a Ruger .380 with laser sights and loaded with hollow-point bullets, and shoots a coyote that is threatening his daughter’s dog.


One hopes that American voters are smarter than the people who presently run the Republican Party.
Posted by Owen Gray at 10:03 am