A Boot Stamping On A Human Face 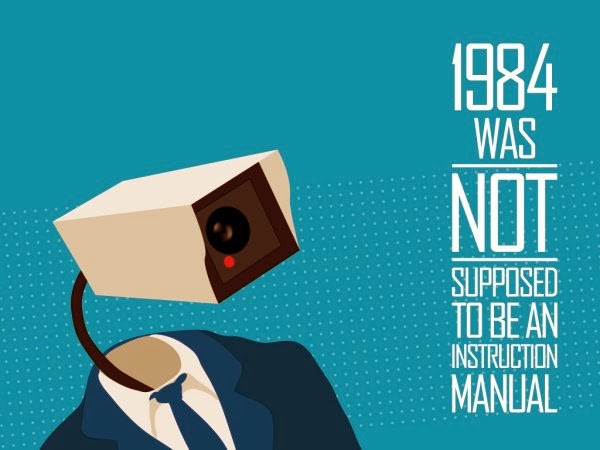 Heather Mallick writes, in  today's Toronto Star, that the essence of the Harper government is personal cruelty:


I object to the Harper government for many reasons (harperwatch.wordpress.com provides a good listing service): damage to water, earth and sky via the tarsands, love of pipelines, no census, mandatory jail sentencing, service shrinkage, rubber-stamp Senate appointments, no harm reduction for drug users, the push for salesmanship over foreign aid, turning the Immigration Minister into judge and jury for deportations, silencing of scientists, rail safety deregulation, demonization of public servants, effective banning of strikes, contempt for women’s rights, proroguing of Parliament, voter suppression, plans for socially divisive income-splitting, and many more issues.

But I wouldn’t object to the above on principle if they were arrived at democratically, without abusing the absolute power given to the winner in our bizarre political system, without disrespecting the courts, without giving one the feeling that one no longer lives in an organized society based on the rule of law.

Harper gets his way by bullying individuals, generally the weakest ones.


Yesterday's budget was yet another illustration of the Harperian practise of preying on the weakest. The budget will be balanced, but the cost will be counted in human lives. I note, for instance, that youth unemployment is at 14% -- twice the national average. And what does Mr. Flaherty offer? Loose change for apprenticeships.

Governments should be generalists, asking, “What is good for the nation?” Harperites are vengeful, asking, “Whom shall we make suffer?”


Or, as Orwell put it, "If you want to imagine the future, imagine a boot stamping on a human face -- forever."

Email ThisBlogThis!Share to TwitterShare to FacebookShare to Pinterest
Labels: Harper And Orwell

One could almost think that Orwell was writing a historical novel of the Harper years when he penned his novel 'Nineteen Eighty Four'.

It's really unsettling to see how closely the Harper regime echoes the world of Oceania, Rural.

Orwell's point was that it was never about principle. It was always about power -- for its own sake.

I was going to write a post this morning on the exact same topic, Owen. Instead, I shall post a link to yours. Mallick's lacerating assessment of the Harper regime is must-reading.

She has their number, Lorne. Would that more of Harper's base could see through their man.

Just simmering beneath the surface, Owen, is the unmistakable hint of sadism. I think there's a dark, kinky side to SHPM that he works very hard to conceal behind his wet cardboard persona.

I agree, Mound, there is a dark underside to Harper -- which blue sweaters can't conceal.

Interestingly, the first Wall Street movie wasn't meant to be an instruction manual for insider trading and stock manipulation either...and yet, despite Oliver Stone's best intentions, that's what it became.

Some people just can't appreciate irony, James. I'm sure that the Harperites don't see the irony behind their policies..

They say that a true appreciation of irony is a sign of genuine intelligence.

Both Harper and ex BC Liberal Premier Gordon Campbell are Bilderbergers. They have identical sociopath personalities. Both Harper and Campbell are extremely cruel, disgusting monsters. They immediately began working together,to destroy Canada and especially BC. BC is key for Harper to control. CNR sold to the U.S. Monster Campbell thieving and corruptly selling the BCR to the CNR.

Obama hammering out a Health Care Plan, much like Canada's. Flaherty bringing Canada's cost of living, in line with the U.S. cost of living.

Big business pushing for the NAU. They want only a single government to deal with rather than three.

The 3 Amigo's have another meeting very shortly. I smell a, big fat NAU rat. I have been tracking the NAU and the 3 Amigo's, for more than a few years now. I think that evil time is coming up.

It's pretty clear that Harper serves the interests of the very wealthy, Anon.

That can't be good for the rest of us.

Orwell worked as a hate radio propagandist for the BBC ( AlterNet has the article ). As for myself, I thought his autobiographical 'Homage to Catalonia' would make it clear that 'Left' and "Right' are two faces of Janus. 1984 was thinly veiled commentary about how it is. He was kept on a short leash thereafter.

Orwell understood, opit, that tyranny could be born on either side of the political spectrum.

1984 explained the techniques which both political camps used to establish that tyranny.