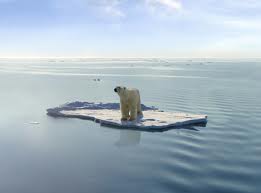 The Harper government has made it official. It will celebrate Christmas by pulling out of the Kyoto Protocol. Peter Kent, the Minister of the Environment, announced Sunday that "Canada goes to Durban with a number of countries sharing the same objective, and that is to put Kyoto behind us."

Admittedly, this is not really news. But it does confirm what the rest of the world has known for sometime: Canada is becoming an international pariah. Whether the issue is refusing to declare asbestos a hazardous substance or letting the planet warm to cataclysmic levels, Canada puts profits before people.

NDP environment critic Megan Leslie, who Kent recently accused of  "treachery" -- when she travelled to Washington to voice her party's opposition to the Keystone pipeline -- called the decision "cynical and cowardly." That assessment applies to most of the government's agenda -- be it economic policy, criminal justice or the Canadian Wheat Board.

When it comes to the Harper government, the old adage is still true: empty barrels make the most noise.
Posted by Owen Gray at 8:12 am

Could this sort of behavior explain Canada's recent growth rates?

That depends on how you define growth -- and if your economy is diversified or just commodity-based.

Canada's present government has returned to the old model of "hewers of wood and drawers of water."

Dear COnservative Teacher - growth that threatens to destroy you is called Cancer.

Concise and to the point, Kirby.