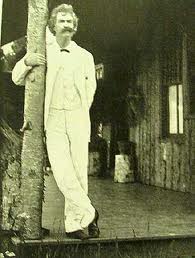 Predictions are in the air these days. Not long ago, Lawrence Martin predicted that, after spending time in the wilderness with Bob Rae, the Liberal Party will be led to victory by Mark Carney. Peter C. Newman predicts that the party will not rise again: "I maintain that instead of being a punishing time-out, it's game over for the Liberals," he confidently asserts in The National Post.

Newman accurately recounts the reasons for the Liberals fall from grace:

The Grits lost their once unassailable electoral fortresses in Toronto and most of Ontario, as well as their former strongholds in Quebec and the Maritimes. West of Kenora, they remained an endangered species. Theirs has been a political self-immolation seldom equalled in Canadian history.


The problem with Newman's analysis is his assumption that Quebec and Ontario are lost forever to the Liberals.The wholesale disgust Torontonians feel for Rob Ford -- Stephen Harper's ally in establishing a foothold in the GTA -- suggests that beachead is already crumbling. And Tim Hudak's implosion during the recent Ontario election suggests that the Conservative brand is still not a household word in Canada's largest province.

As for predictions about Quebec, those of us who grew up in the province know how volatile the province's politics are. Anyone who thinks that the NDP will be a powerhouse in that province for more than one election cycle doesn't understand the place.

I have no crystal ball. But experience suggests that those who are writing obituaries for the Liberal Party need to remember Mark Twain's reaction to his own premature obituary. Reports of the death of the Liberals are greatly exaggerated.

And, when it comes to Stephen Harper's long term political future, it would be wise to remember Mr. Newman's assessment of the man. Harper, he writes, has "the best medieval mind in the Commons."

Email ThisBlogThis!Share to TwitterShare to FacebookShare to Pinterest
Labels: Premature Death of the Liberals

I just read Newman's article. He ain't mourning. In fact, he sounds very ga ga giddy over the loss of the Liberals as it would mean the permanent placement of his precious Steve Harper as the natural governing party.

As for Quebec, NDP membership sales apparently started going up recently. I used to think the NDP would tank the next election, but now, I'm not so sure anymore, after reading an open letter from a young separatist to Gilles Duceppe in La Presse, about a week after the last federal election, explaining why she voted a federalist party for the first time and why she "sacrificed him". A very interesting read. She basically said that she voted for Alexandre Boulerice, because she felt, in her words, that the Bloc was nothing more than a "watchdog", "painkiller" and "band-aid" for Quebec's old wounds. Quebec was dormant and needed shaking up, because of this. It was time to yank the "band-aid" and expose the "wound". Thus, show Quebec, particularly French Quebec, that Canada, (I'll add, Stephen Harper's Canada, in particular), doesn't care for Quebec and has disdain for them, thus resurrecting the separation movement. She felt it was time for Gilles Duceppe to come home and continue the battle from home. How many others who voted for the NDP did so for that reason? It would most likely explain the resurging popularity of Gilles Duceppe.

All that to say that the Liberals are burned in this province. Irwin Cotler, while not leaving prematurely, contrary to the rumours, he is most likely not running for re-election in Mount-Royal. Saulie Zajdel of the Cons is waiting to pounce.

As for Ontario, yes, I believe the honeymoon for Rob Ford is over, but the NDP is making a comeback in Toronto. I guess the test for the Liberals will be in the upcoming by-election for Jack Layton's old seat in Toronto-Danforth. Prior to Jack Layton winning it in 2004, it was held by Liberal, Dennis Mills for 16 years, since 1988. Depending when Harper calls the by-election (I believe he has until sometime around Feb 25, when the NDP will be in the home stretch of their leadership campaign), it could be an opportunity for the Liberals to get it back. I see it as a test.

Then, of course, there is that Bill c-20--that addition of seats and redistribution. Let the gerrymandering games begin. Don't think for one second Harper is going to redraw the electoral map fairly. No, he will redraw it ensure that he will practically guarantee the election of 30 new Conservative MPs. Harper doesn't do anything for democratic reasons.

Plus the per vote subsidy is cut.

The only hope is for the NDP and the Liberals to find commonalities and look to some kind of cooperation with each other, perhaps a merger. It's time.

Louis St. Laurent had it right sixty years ago, ck, when he said that NDPers were "Liberals in a hurry."

Eventually there will be some kind of raproachment. Until then Harper will do everything he can to stack the deck.

All that aside, this crystal ball gazing past the next election is a pipe dream. Too many things can change in the next four years to seal any of the parties' fates.

Now it's the Conservatives who are "Liberals in a hurry."

Absolutely true, thwap. The difference between the two parties is that the Conservatives have nothing but contempt for those who do not share their world view.

It happens when people spend too much time staring at their navels.