The Clocks Are Striking 13 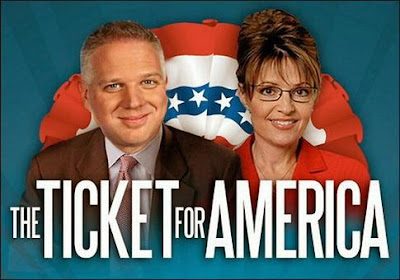 On the same weekend that Glenn Beck and Sarah Palin stood in front of the Lincoln Memorial and insisted they were "reclaiming the Civil Rights Movement," Frank Rich -- in The New York Times -- wrote about the weatlthy trinity who are giving Beck and Palin their financial mojo -- Rupert Murdoch, and the Koch brothers, David and Charles. And, wrote Rich, these three are not a new species:

You can draw a straight line from the Liberty League's crusade against the New Deal "socialism" of Social Security, the Securities and Exchange Commission and child labor laws to the John Birch Society-Barry Goldwater assault on J.F.K. and Medicare to the Koch-Murdoch-backed juggernaut against our president.

Jane Mayer, in the New Yorker, recently exposed the cabal. And she reminded her readers that David and Charles' father, Fred, was one of the original Birchers -- who considered Dwight Eisenhower a Communist agent. Rather than reclaiming the Civil Rights Movement, the elder Koch claimed that the movement was part of a larger conspiracy: "The colored man looms large in the Communist plan to take over America," he wrote.

Paranoia is nothing new in American politics. On the day following Rich's column, Paul Krugman wrote that, during the Clinton administration, Murdoch and Richard Mellon Scaife were funding the same army. They were on the march then, claiming that (somehow) Hilary Clinton was implicated in Vince Foster's death. The difference this time is that The Paranoid Army has more money and a bigger megaphone. "It will be an ugly scene," Krugman wrote:

and it will be dangerous, too. The 1990's were a time of peace and prosperity; this is a time of neither. In particular, we're still suffering from the after-effects of the worst economic crisis since the 1930's, and we can't afford to have a federal government paralyzed by an opposition with no interest in helping the president govern. But that's what we're likely to get.

Facing the same kind of opposition, Franklin Roosevelt met his detractors head on."The only sure bulwark of continuing liberty," he said," is a government strong enough to protect the interests of the people and a people strong enough and well enough informed to maintain its sovereign control over the government."

Murdoch and the Kochs would like Americans to believe that they are leading a popular revolt. Their strategy rests on the assumption that voters will forget that Beck -- who said Saturday that "we must be better than what we've allowed ourselves to become" -- also said (of President Obama) "I believe this guy is a racist [with] a deep seated hatred of white people." The trinity is also betting that Americans will forget that Sarah Palin recently defended Laura Schlessinger's use of the word "nigger" and advised her to "reload."

It's as if Martin Luther King had been a spokesman for the Klan. And that Americans -- or at least a significant number of them -- now live in an Orwellian alternative reality, where War is Peace, Freedom is Slavery, Ignorance is Strength -- and the clocks are striking 13.

Email ThisBlogThis!Share to TwitterShare to FacebookShare to Pinterest
Labels: Murdoch and the Kochs

Great post, from the title to the content. How can you lead a revolt when you are already in the majority? The TV networks and the press follow your every move religiously. While most Americans are not specifically Beck or Palin devotees, they are in their general camp. So, where's the revolt?

Precisely. What is troublesome is that so many believe what is simply not true.

And even more troubling is the phenomenon of so many ordinary folks who are willing to support those whose self interest is diametrically opposed to their own.

I am so happy that the ugly (inside and out) crazy old gym teacher reaped what she had sowed. She could have gotten her argument across by saying “N word” and not using the word and by not saying “don’t NAACP me” and “Don’t marry out of your race ” but like Michael Richards AKA “Cosmo Kramer”, she ends up the trash heap of history, a history of her own making. I am so happy that the free market AKA sponsors started to pull their ads (I guess they were exercising their free speech) and she finally realized that she was just another “run of the mill gabby” and her days were numbered. She realized that she was not as smart as she thought she was, finally! We are all adults here and we all know that we cannot control how others will respond to our comments, but it nothing to do about First Amendment rights (how exactly did the government stop her? They didn’t) and street talk and more about being held responsible for our actions and words. The first three times she used the word might not have been in anger but the last eight she was filled with hate, so good riddance.

Palin was the one who got bent over the use of the word “Retard” (she wanted someone fired for using it once), Palin also said that the people have the right to build the Mosque in NY, but out of respect for the 9/11 families they shouldn’t, but I guess this same standard is not applicable to Laura Schlessinger. Do you see the hypocrisy? The problem with Palin is the same when she mistakenly referred to Ronald Reagan Eureka College, being in California and we all know its in Illinois, same thing, she does not fact check anything she is going to say. She is soooo Palin!

The reaction to what these people say is critical. No one argues with their right to say it, even if what they say is crude or ignorant.

However, people have every right to question the truth of what they say. And the place to start is with the facts, which often don't support the argument.

Congratulations on a fine post, Mr. G. I was especially drawn to your last paragraph.

It also occurred to me that Palin and Beck had attempted to rewrite history by subverting and blurring the symbolism of Dr. King's original address.

Do you suppose it worked?

It strikes me that Conservatives in both the United States and Canada are trying to rewrite history or -- at the very least -- trying to forget it.

Whether or not Beck and Palin's attempt to rewrite the history of the Civil Rights Movement is successful depends on how smart voters are -- and how susceptible they are to the influence of big money.