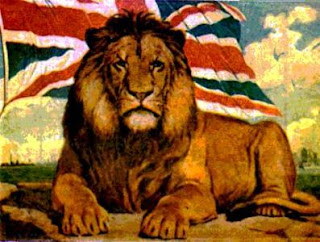 Back in June, The Canadian Press revealed that, in March 2009, Stephen Harper sat down to lunch with Rupert Murdoch. Also present was the president of Fox News, Roger Ailes, who was instrumental in bringing Rush Limbaugh to television, and who has since given Glenn Beck and Bill O'Reilly prominent perches at Fox. The CP story leaked after Pierre Karl Peladeau hired Kory Teneycke -- who joined the Harper-Murdoch-Ailes affair -- to oversee the start up of Peladeau's Sun TV News Channel.

A coincidence? Hardly. But, Jeffrey Simpson advised his readers, there was no need to push the panic button:

And, besides, Simpson wrote, The Canadian Radio and Television Commission was not likely to grant Sun TV a "basic" licence -- which would require all cable systems to carry the channel. The commission has placed a moratorium on such licences.

Then, less than a week ago, Lawrence Martin reported the rumour that Mr. Harper was seeking to replace the head of the CRTC, Konrad von Finckenstein -- who would oppose Sun's application -- with someone more to the prime minister's liking. Thus, von Finckenstein would join a growing list of civil servants who Harper has removed because they have been thorns in his government's side.

The recent police response at the G20 Summit, the counter intuitive drive to dismantle the long gun registry, the attempt to shackle Statistics Canada, and now the news that Mr. Harper's former spokesman seeks to establish "Fox News North" offer proof that the Harperites are on a mission. That mission is to establish long term control of the levers of power and to remake this small corner of the world. They approach it with the same zeal nineteenth century British Imperialists displayed when they set out to "civilize" those they considered "naked savages."

Harper's vision is a 21st century version of "the white man's burden," the purpose of which is to purge his charges of what he considers dangerously radical tendencies -- and, in the process, to make true believers of us all. Applying that vision over a century and a half ago was disastrous. Colonialism's legacy was the First World War. The longer these people remain in office, the longer the trail of debris they leave in their wake. One hopes that the sun will soon set on the Harperite Empire.
Posted by Owen Gray at 7:04 am

Apparently, 8 out of 10 board members of CRTC are Harper appointees.

Have you ever noticed that Ailes looks like an older version of Mike Duffy?

Von Finckenstein is a Harper appointee, as are Kevin Page (the Parliamentary Budget Officer) and Pat Stogran, the Veterans Ombudsman. Harper seems surprised that these gentlemen can think for themselves.

Perhaps the ideal appointee is someone like Duffy, who is a shameless shill for the prime minister.

Aargh! I can picture Harper's Homilies Live, with the PM and his blackboard crying over the majority of Canadians who just don't get it.

We do need to get him out of office.

You're absolutely correct, Chris. But, remember, he informed us recently that he "makes the rules."

It's not going to be easy to send him packing. However, any prime minister who labours under that kind of delusion needs to be shown the way to the exit.