Sleeping Through The Drama 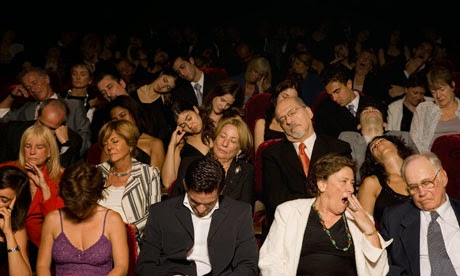 Thomas Picketty's new book, Capital In The 21st Century, is generating a flurry of interest south of the border. Paul Krugman has praised the book's scholarship and its conclusion that we are living in a second Gilded Age. And the central theme of the book -- economic inequality -- has the president's attention. Linda McQuaig writes:


From inside the White House, President Barack Obama has made the dramatic surge in inequality his signature issue, describing it as “the defining challenge of our time.”

Modern capitalism, left to its own devices, leads to ever-rising inequality. Piketty’s argument, backed up by a vast amount of international and historical data, goes like this: Since income from ordinary labour grows slower than the return on capital (and capital is mostly held by rich people), inequality grows over time.


The United States  leads the world in economic inequality. What Canadians don't seem to understand is that we're number two -- a distinction  which the Harper government has worked mightily to entrench:


In Canada, our prime minister hopes that we continue to sleep through the drama.

Well Owen that about says it all. While Canadians sleep Harper plays Santa Claus to the rich. Then he further steals from the working class by feeding his rich corporate customers cheap labor from overseas while there are unemployed Canadians. Also with his omnibus bills he has made sure Canadian workers can't collect on the EI they have been paying into all their lives. His rationale is their are so many jobs my rich corporate buddies need these foreign workers. So therefore no Canadians are qualified for EI because look at all the employed foreign labor here, if they can find jobs you can, you are just too lazy. That's Stephen...

That's Stephen, Mogs. And he claims to be an economist.

It's so obvious isn't it? And yet, cretinous variety-store clerks like "Girl on the Right" and the deluded half-wits who used to inhabit the Blogging Tories or KKKate's "Small Dead Animals" continue to believe that stephen is all about restoring traditional morality and making our streets safe and fostering economic independence and fighting for democracy overseas.

I wish they could have a separate province where they all could move to and inflict their stupidities on themselves alone and leave the grown-ups to run the rest of Canada.

If they had their own province, thwap, it would be an economic basket case.

"Prime Minister Stephen Harper “smirked” and told Kathleen Wynne in a private meeting on Dec. 5 that Canadians need to save for their own retirement because‎ it’s not up to government to look after them."

This from a man whose government will provide him with a very comfortable pension, Mogs.

Putin certainly threw Harper under his bus, called him a Fascist and gave him, the significance of a gnat.

The opposition are helpless against the tyrant Harper and his henchmen. MacKay is the most despicable of Harper's henchmen. He permitted that fascist, to govern this country.

MacKay has a lot to answer for, Anon. But, as is the case with the prime minister, he's become skilled at providing non answers.

All those who continue to vote for the Cons are responsible. It is all well and good to point out some with a visible presence but each and every person who did not vote or voted for Stevie slime contributed to this problem

Precisely, e.a.f. Harper did not make it to Ottawa by staging a coup.