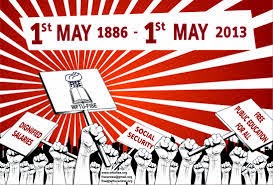 There has been a lot of sound and fury of late about the Temporary Foreign Workers Program. Terry Glavin writes that the program was set up in 1974 to ease bottlenecks in the labour markets.

But, in 2002,  the Chretien government instituted the "Pilot Project for Hiring Foreign Workers in Occupations that Require Lower Levels of Formal Training." That is when the train went off the rails. And, under Stephen Harper, the Pilot Project became official government policy:

Just how many guest workers are we talking about anyway? The numbers appear to be far, far larger than is generally understood.

There were 338,000 people in Canada at the sufferance of the Temporary Foreign Workers program at the beginning of last year. When you add in other non-citizens working or at least entitled to work, including farm labourers, nannies, foreign students, “Experience Canada” exchange students and so on, you’ll find that you’re looking at more than 600,000 people whose subservience and obsequiousness is disciplined on pain of deportation.

This is a number of people that exceeds the size of the entire labour force of Saskatchewan, and its existence inside Canada’s already underemployed working class will have implications that should not require an economics degree to comprehend. The C.D. Howe Institute study that caused such a hubbub last week found that in Alberta and British Columbia, an influx of temporary workers between 2007 and 2010 was the cause of an acceleration in unemployment rates of about 3.9 percentage points.

We now have "a federally administered, quasi-privatized national program that artificially suppresses their wages by providing employers with strategic and routine access to a massive pool of cheap, captive labour"

And "captive" is the right word. These workers constantly labour under the threat of deportation. The program is tailor made to serve the needs of the emerging Canadian oligarchy. The government is now engaged in labour racketeering.

Something to think about on  Mayday -- International Workers Day.

These numbers, Owen, bespeak the shameful contempt the Harper regime has for almost all of us.

The numbers tell the story, Lorne. And remember -- this was policy during The Great Recession.

What hurts Canadians the most is that the labor market is telling lots of employers to provide better wages and working conditions but they don't have to listen and adjust because they just get foreigners who jump at the oppertunity to be in Canada.

Unemployed Canadians suffer and have to compete for lower wages poor hours and uncaring employers.

Harper works for corporations. They are demanding cheap labor. Harper brings over cheap foreign labor, for the corporations to exploit. Corporations are, bottomless pits of greed and are nothing other than parasites.

Harper is working with big business, to set up the TPP. The TPP is just another corporate give-a-way which, gives corporations a hell of a lot more power, to cheat citizens every which way they can.

Harper's supporters are those who have capital, Anon. Those who labour for a living are of no concern to him.

He knows who he's working for -- and he serves them well.

If the laws of supply and demand were allowed to work, Anon, wages would rise. Instead, we have so called "free marketers" who are working very hard to manipulate those markets.

Lorne, it isn't just the contempt the Harper regime has for Canadians, its the contempt which Canadians have for themselves. They voted Harper back into office.

Not much is said about what Harper is doing. Now it is understood the MSM isn't giving these figures much play, but really, all people have to do is walk into a lot of businesses and they can see for themselves what is going on.

The TFW program is a method by which the federal government ensures wages remain low so big chains can continue to make big profits.

In Vancouver $20 an hr. is now considered a "living wage". How many people make that much in Greater Vancouver? Not many. Fast food chains are a license to print money. Just look at their corporate profits. Look at the profits banks make, what Telus makes, yet they all are either bringing in foreign workers or exporting Canadian jobs elsewhere.

What we need to ask ourselves is what type of country do we want to live in. Is it more important for businesses like MacDonalds, Wal Mart, Home depot, etc to make even more profits or is it more important than children have parents who make enough money so they can feed and cloth them adequately.

We should not give provincial and/or municipal governments a pass on this issue either. The various levels of government ought to take an ethical stand on the Tfw program. B.C. has had the highest rate of child poverty in Canada for 9 out of the past 10 yrs and each yr living conditions for children in B.C. get worse. Has the provincial government taken a stand on this? of course not! Have local governments done anything? Not too much. the City of New Westminster does have a "living wage" policy. Has it or its businesses gone bankrupt? No every thing is just fine. It is time people stood up for themselves and voted against people who support child poverty.

Unfortunately, e.a.f., too many people figure the game is rigged and they stay home on election day. That's an idea Mr. Harper continues to exploit.