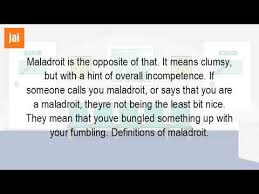 One of Doug Ford's campaign promises was to fire the CEO of Ontario Hydro. When he assumed office, he gave Mayo Schmidt his pink slip. That decisions caused a cascade of problems. Martin Regg Cohn writes:

By pushing out Schmidt, Ford set off a chain reaction in the U.S. northwest, where regulators were examining Hydro One’s proposed $4.4-billion takeover of regional utility Avista. Written promises that Ontario’s government acted only as a passive investor in Hydro One were flagrantly contradicted by Ford’s meddling, prompting the regulator to step in.

Hence the kill fee Hydro One must pay, plus commissions to investment banks involved in the deal’s financing, adding up to more than $150 million. Not to mention massive legal bills.

Except that cutting Schmidt’s supersized salary won’t shave more than a fraction of a penny off monthly bills. Paying out more than $150 million in kill fees and lawyer’s bills will cost the company far more.


Ford's claim to fame -- like innumerable conservatives before him -- is that he's a businessman; and he promised to run his government like a business. But the business press knows that Ford is a con man:

Ford’s bumper sticker slogan mocking the “Six Million Dollar Man,” [Schmidt] and his new roadside signs proclaiming Ontario “Open for Business,” belie the reality that this Progressive Conservative government is bad for business, and bad for Hydro One’s balance sheet. Ford’s pro-business rhetoric hasn’t fooled the business press, which is panning his government’s intervention in corporate governance, its interference in the hiring and firing of top managers, and its readiness to tear up signed commercial contracts to score political points.

If a Liberal or NDP government had attempted half of the upheaval undertaken by PCs so far, the private sector would be raising cries of banditry and Bolshevism. Happily for the Tories they are buffered by their historical affinity with right wing rhetoric.


Maladroit accurately describes Ford. And there will be more examples of his maladroitness to come.

Email ThisBlogThis!Share to TwitterShare to FacebookShare to Pinterest
Labels: This Is A Businessman?

I don't know why people think that government should run like a business. Businesses are run like dictatorships, with employees having little say and subject to losing their jobs at the whim of management. Businesses are run to maximize profit by charging as much as they can for their products and services while paying as little as possible for their labour, supplies and other expenses. Businesses try to eliminate costs by shoving responsibility for them onto others, mainly governments.

So when people say they want government run like a business, they're really saying they want a dictatorship that charges high taxes, pays employees poorly while upper management loots the profits and tries to shove costs back onto businesses and citizens. No wonder conservatives can't win on ideas and have to rely on election tampering and flat out lying about what they're really up to.

That whole argument is simply a false equivalence, Cap. Government is government and business is business. They're different entities. They are not comparable.

I just wrote a post on the cost of political disengagement, Owen. In my view, the ineptitude of Doug Ford and his merry band of sycophants is an apt illustration of that cost.

I've just read your post, Lorne. It's spot on; and it delinates the damage -- willful and purposeful -- that Ford is doing.