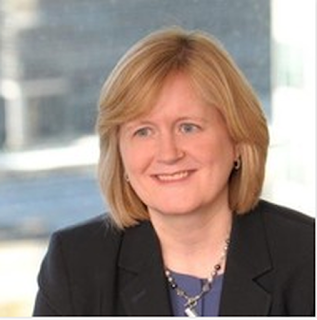 Yesterday, Bonnie Lysyk -- Ontario's Auditor General -- released a two volume report, detailing where she believes Ontarians aren't getting value for their money. She handed the Ford government an ammunition dump with which to attack Kathleen's Wynne's former government. Ford claims that the province faces a $15 billion deficit.

But, this morning, Robert Benzie reports in the Toronto Star that, back in September,  Cindy Vienot -- the province's controller -- refused to sign off on that figure and quit her job because she “did not agree with accounting decisions made by the current government.”

“I believe that the consolidated financial statements of the province of Ontario as issued … materially overstate the deficit of the province for the year,” she said in a submission to the legislative “transparency” committee examining the province’s books.

Veinot, a civil servant, has declined to speak publicly, but the Star obtained her 12-page summary that was sent to the standing committee on Tuesday.


At the centre of the controversy is the dispute -- between Lysyk and Veinot -- over provincial pension plans:

The controversy centres mostly around whether $11 billion of government money in the co-sponsored Ontario Public Service Employees’ Union Pension Plan and the Ontario Teachers’ Pension Plan can be counted as a government asset on the books.

Veinot, a leading expert on pension accounting who finished first among 63,000 candidates in the 1998 certified public accountants exam in the U.S., contends the holdings are an asset.

Auditor General Bonnie Lysyk — and her predecessors — used to count them as such. However, Lysyk changed her tune in 2015 and no longer does.


At committee earlier this week, Wynne was grilled over her government's spending. The New Democrats tried to get Vienot in front of the committee. But the Fordians refused to call her. Clearly, this government enforces omerta -- the code of silence.

Yet another indication that Ontario is now ruled by thugs.

"Yet another indication that Ontario is now ruled by thugs".

Is this not a Global epidemic?Phillipines, Turkey, Saudi Arabia, U.S.A.,Hungary, Eygyt... Too mention to mention. Not so much thuggery as much as pure Gangsterism.M.J.W.

Democracies these days are electing mob bosses, zoombats. It's a trend that does not bode well for the future.