Dealing With The Crazies 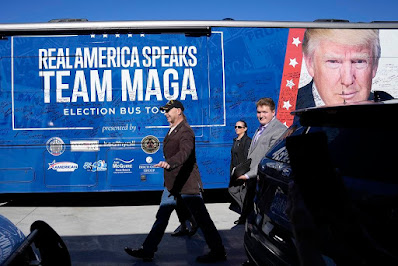 The Red Wave never materialized. Nonetheless, the Republicans -- with a very slim majority -- will soon take over the House of Representatives. Paul Krugman writes:

The modern G.O.P., in case you haven’t noticed, isn’t a normal political party. It barely has policy goals, other than an almost reflexive desire to cut taxes on the rich and deny aid to those in need. It certainly doesn’t have policy ideas.

Republicans spent much of the election talking about inflation. But in a news conference just after securing a narrow majority in the House, top Republicans declared that their top priority would be … investigating the Biden family.

So the G.O.P. won’t help govern America. It will, in fact, almost surely do what it can to undermine governance. And Democrats, in turn, need to do whatever they can both to thwart political sabotage and to make the would-be saboteurs pay a price.

What should the Democrats do?

Two issues in particular stand out: the debt limit and aid to Ukraine.

For historical reasons, U.S. law in effect requires that Congress vote on the budget twice. First, it authorizes spending and sets tax rates; then, if that legislation leads to budget deficits, it must separately vote to authorize borrowing to cover those deficits.

It’s not clear why this ever made sense. In the current environment, it allows politicians who don’t have the votes to change policy through normal procedure to hold the economy for ransom, as Republicans did during the Obama years, or simply blow it up out of sheer spite — because failing to raise the debt limit would probably cause a global financial crisis. Does anyone expect the incoming G.O.P. House to behave responsibly?

As for Ukraine, while the Ukrainians have been incredibly brave and remarkably successful in turning back Russian invasion, they need a continuing inflow of Western aid, both military and economic, to continue the fight against their much larger neighbor.

After that, the Republicans will start their investigations -- and nothing will get done.

Email ThisBlogThis!Share to TwitterShare to FacebookShare to Pinterest
Labels: Democrats And A Republican House Of Representatives

I believe there's solid bipartisan support for Ukraine, so Putin's GOP lickspittles may yell and scream but they don't have the votes to cut funding.

As for the debt ceiling, that's been a perennial problem. But there's a fix for that - hike taxes to avoid deficit funding. It worked for Clinton and led to a solid economy.

Perhaps the reason the GOP is acting like a pile of petulant and spoiled brats is the money put forward by Libertine billionaires like Charles Koch to reduce the size, and therefore power, of governments so they can wield their power because of their wealth.
To see how these billionaires are doing this in the US, read “Dark Money” by Jane Mayer and “Democracy in Chains” by Nancy MacLean. It is hard not to conclude that many US politicians have been ‘bought’.
In our country, we have to ask ourselves how far behind the Conservative Party of Canada is to the Republicans. DJF

Hike taxes, Cap? The GOP will do that when hell freezes over.

That's a really important question, DJf. The Conservatives have been taking their cues from the Republicans for quite a while.

The comment from Anonymous @ 11:16 put me in mind of questions I've had for a long time about spending in promotion of political issues in Canada. Where did the money come from for the "Let's Free Enterprise" ads sponsored by the Libertarian Party of Canada that were all over TV broadcasts back in the late '70s and early '80s? Was the money that paid for the ads collected and spent in violation of laws that existed at the time?

Good questions, John. In politics, flying under the radar has its advantages.

In 2021, based on historic voting trends, the Dems expected to lose the House and the Senate, and knew they'd be playing debt-limit chicken again. But even with trifecta control of government, the Dems failed to roll back Trump's tax cuts. Yes, I realize that was Manchin's fault. Which goes to show that the GOP isn't the only party that's bought. To DJF's point, I suspect the same holds true north of the border.

Money is the mother's milk of politics, Cap. It's been that way for a long time.

"It is hard not to conclude that many US politicians have been ‘bought’. "

If you're connected to the "right" people, jrk, politics can be very profitable.