The Price Of Folly 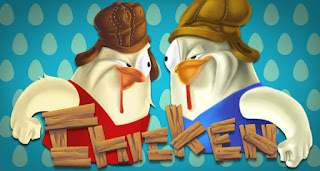 When Saigon fell in 1975, the head of the C.I.A. station sent out his last cable from there. He quoted Sanatayana's admonition that those who refuse to learn from history will repeat it. And then he added he hoped people would learn from Vietnam's recent history.

In 2015, after years of negotiations, the world’s major powers — including the U.S., Russia, China and the key nations in Europe — finally worked out a historic agreement with Iran to prevent it from producing nuclear weapons for at least 15 years. Unlike North Korea, Iran doesn’t have any nuclear weapons.

In exchange, Iran was promised relief from the punishing economic sanctions that had been imposed on it in recent years, and an opportunity to rejoin the international community as a credible member.

The agreement was bitterly opposed by Iran’s regional rivals — Israel and Saudi Arabia — in spite of the prescient warning from U.S. President Barack Obama that war and chaos in the Middle East will not end until they learn how to “share the neighbourhood.”


Upon assuming office, one of the first things Donald Trump did was to tear up that agreement:

Trump claimed that the U.S. had given Iran $150 billion as part of the deal, but that was not true. In fact, the deal lifted a freeze on Iranian assets that were largely held in European, not American, banks. And that amount — money that actually belonged to Iran — was in the $50 billion range, not $150 billion.

Trump also complained the deal allowed Iran to continue funding insurgent proxy groups in Syria and Lebanon that threaten the interests of the U.S. and their allies. Iran, it should be noted, defends support of these groups as a crucial defensive measure against ongoing efforts by the U.S., Saudi Arabia and Israel to topple the Tehran regime.


Now the United States and Iran are engaged in a game of chicken:

Prodded by Trump’s hardline advisers, John Bolton and Mike Pompeo, the U.S. seems determined to turn the screws on Iran’s regime by goading it to take some action that would justify military retaliation.

As these actions, ironically, serve only to strengthen the hand of Iran’s hardliners, they may very soon get their wish.


History is overpopulated with fools.  The price of folly can be catastrophe.

Image: Seeking Alpha
Posted by Owen Gray at 8:21 am

Email ThisBlogThis!Share to TwitterShare to FacebookShare to Pinterest
Labels: The United States And Iran

Seems to me that there was a series of documented events illustrating just this point, a book called The March of Folly by Barbara Tuchman, from 1977 or thereabouts, i.e., in the slipstream of the Vietnam/American War.

History appears to be a continuous chronicle of human folly, Owen. Since lessons learned are so quickly forgotten, it seems safe to say that we are not apt students.

It's a terrific book, Danneau. Tuchman also wrote "The Guns of August," about events leading up to World War I. Her point was that it's really easy to slide into a war -- and history is a series of foolish mistakes by people she called "wooden-headed."

These days, Lorne, that line from A Midsummer's Dream keeps rolling around in my head: "Oh what fools these mortal be!"

American seem to hold the idea that going to war is on the same footing as, what should we have for supper tonight. Odd, very odd indeed.

Decades ago, Mac, the black activist H. Rap Brown declared that "Violence is as American as apple pie." He knew what was on the menu.


Bacevich wrote that threats and the use of military force have come to displace diplomacy as the principal instruments of American foreign policy. It was certainly true under Bush/Cheney and it is at least as true under Trump/Pompeo/Bolton.

One downside is that you become Twain's man who has only a hammer. It's doable for bullying the small, vulnerable and weak - America's targets of choice for the past two decades - but it's immensely risky when used against larger, more capable rivals.

It likewise undermines America's strategic alliances, countries ordinary Americans have been conditioned to see as freeloaders. When you're in the process of offending adversaries and alienating allies you can rapidly find yourself isolated. Not for nothing are China and to some extent Russia enhancing their hegemony abroad even as America's shrinks.

America may soon find itself in a position when it wants to attack another 90 lb. weakling only to get word from Moscow or Beijing, "over our dead bodies." Ultimatum after ultimatum, usually based on guesswork, that can lead to results unwanted by everybody. It was disastrous when that happened in 1914. Today it could be vastly worse. Thucydides Trap.

I've just finished watching Ken Burns' documentary on the Vietnam War, Mound. There were lots of reasons why the United States lost that war. Chief among them was ignorance -- ignorance of the land, of the people, of history. The Americans brought immense fire power to that war. But fire power could not make up for that ignorance.

And they are still remarkably ignorant.