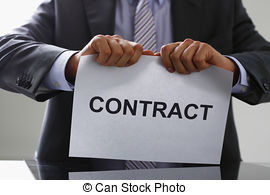 Doug Ford has announced that public sector wages in Ontario will be capped at one percent -- because the province is in a fiscal emergency. Martin Regg Cohn writes:

Doug Ford’s 1 per cent solution doesn’t add up. Not now, not even close.

No surprise that his Progressive Conservatives want to legislate a 1-per-cent wage cap on most public sector workers on the grounds that tough times require tough choices. There’s just one problem facing the Ontario government — the best kind of problem:

What if these aren’t tough times by any reasonable definition? What if the province isn’t facing an economic downturn, nor a fiscal crisis, not even a surging salary emergency to justify suspending collective bargaining rights?


But Ford is quite happy to suspend those bargaining rights, just as he is quite willing to tear up existing contracts:

A more savvy Tory government would have kept its powder dry for now. Instead, Ford’s PCs have ripped up contracts with green energy companies and introduced legislation to tear up an enforceable contract with the big brewers, relying on their majority muscle to outlaw the compensation to which they are entitled by law.

The legislature is supreme, insists Ford and his cabinet minions. The Tory majority can do as it pleases.


Of course, all of this will wind up in court and, ultimately, it will cost Ontarians lots of money. But, even more alarmingly, Ford is turning Ontario into a pariah:

In his zeal for beer, Ford’s confrontation with foreign brewers — blasted by the U.S. Chamber of Commerce Wednesday — is not only undermining his contrived “Open for Business” slogan, it may ultimately cost us in the courts. Imagine draining the treasury to pay damages to foreign brewers, while forcing public servants to make up the difference in their salaries, and ultimately sticking taxpayers with the legal bill.

By declaring war on everyone everywhere — brewers, investors, municipalities and public servants — Ontario’s embattled government is devaluing the currency of its credibility and becoming an international laughing stock. But the Tories are not as dumb as they look, merely desperate.

The premier is not declaring war on public servants because Ontario needs the money. He merely needs a scapegoat.


And that's really what this is all about. Ford has been a thug and a bully all his life. He's running true to form.

Image: Can Stock Photo
Posted by Owen Gray at 8:30 am

As each day unfolds, Owen, it is obvious that Ontario is in the hands of rank amateurs incapable of anything remotely resembling thought.

Doug was a known quantity, Lorne. He is not -- and has never been -- a bright guy. We are paying the price for not honestly dealing with who he is.

Wait until the fall when he kicks the teachers in the teeth. Someone needs to come up with something really good for him. Something legal of course, i mean, we can't harm him physically.