The Price of Empire 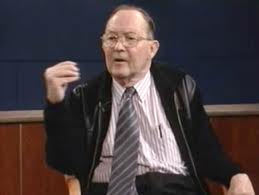 Chalmers Johnson has led an interesting life. Trained as a political scientist with a special interest in Asia, he was a strong Anti-Communist, who worked as a consultant for the C.I.A. and supported the War in Vietnam. During those years, he wrote, he was

irritated by campus antiwar protesters, who seemed to me self indulgent as well as sanctimonious and who had so clearly not done their homework [on the history of communism in East Asia] . . . . As it turned out, however, they understood far better than I did the impulses of a Robert McNamara, a McGeorge Bundy, or a Walt Rostow. They grasped something essential about the nature of America's imperial role in the world that I had failed to perceive. In retrospect I wish I had stood with the anti war movement. For all its naivete and unruliness, it was right and American policy was wrong.

It is that perspective which informs Johnson's latest book, Dismantling the Empire: America's Last Best Hope. In a recent article at TomDispatch, Chalmers reevaluates American foreign policy, almost fifty years after Barbara Tuchman's The Guns of August was first published. And he asks the question which no one else dares to ask:

What harm would befall the United States if we actually decided, against all odds, to close those hundreds and hundreds of bases, large and small, that we garrison around the world? What if we actually dismantled our empire, and came home? Would Genghis Khan-like hordes descend on us?

He then answers that question: "Not likely. . . .the main fears you might hear in Washington -- if anyone bothered to wonder what would happen should we begin to dismantle our empire -- would prove but chimeras."

That is not to say that Washington would then cast aside a hornet's nest of troubles:

In fact, we would still be a large and powerful nation-state with a host of internal and external problems. An immigration and drug crisis on our southern border, soaring health-care costs, a weakening education system, an aging population, an aging infrastructure, an unending recession -- none of these are likely to go away soon, nor are any of them likely to be tackled in a serious or successful way as long as we continue to spend our wealth on armies, weapons, wars, global garrisons and bribes for petty dictators.

But there is an alternative. It is, says Chalmers, to invest in productive, not destructive, industries and to invest in America's infrastructure and its people. "Unfortunately," he writes, "I don't see that happening.

My own role these past 20 years has been that of Cassandra, whom the gods gave the gift of foreseeing the future, but also cursed because no one believed her. I wish I could be more optimistic about what's in store for the U.S. Instead there isn't a day that our own guns of August don't continue to haunt me.

Like Coleridge's Ancient Mariner, Johnson can hope that Americans awake a sadder but a wiser people on the morrow morn -- particularly in the week after the last combat brigade has left Iraq.

This entry is cross posted at The Moderate Voice.
Posted by Owen Gray at 7:03 am

Until Americans dismiss the notion that they're the "World's only super power" and stop trying to maintain a military force which equals twice the combined forces of any two of its closest rivals, any president who attempts to scale down American armed forces or weapons production will do so at his own peril.

Shifting national resources away from American arms production alone would not merely have a huge effect on 25% of the country's GNP;it would be seen by most Americans as an unpatriotic attack on their most intimate identity.

And giving up bases across the world, symbols of empire and an important underpinning of its super power status?

Republicans, should they be in opposition, would have a heyday.

great food for thought...but just think of the dismantling and how much money and jobs that go into the Industrial Military complex and how much strife would happen when all the soldiers and arms makers were unemployed?

Unless there is a way to simultaneously begin a new way with new technology that provided new jobs...it seems it is always easier to continue on the same well worn path than to break off to new territory.

Hopefully for all of us on this orb they will have the courage to wade into uncharted territory.

Sadly, I fear that you're both -- along with Johnson -- correct. But think of the soldiers who returned home after World War II to the great economic expansion.

Government invested in their education and then built schools, hospitals and roads. Aircraft plants -- with a little help from C.D. Howe -- began producing cars; and contractors began building homes for baby boomers.

Without a doubt, government planners wanted to avoid the labour unrest which followed World War I. They did not want to face another Winnipeg General Strike.

As romantic as such a vision appears to be, we need to ask a fundamental question: to what ends should we direct economic activity?

Identity and economy enmeshed in the industrial military complex - doesn't bode well for the future, and as everyone seems to know, it is so difficult to change direction.

I do believe there is enough energy technology development to power up the switch to a new economy (sorry, I couldn't resist the puns even though they are lame!)

Puns are welcome here! As one of Shakespeare's fools said, when speaking of a monkey, "thereby hangs a tale."

Unfortunately, the tale of turning swords into plowshares has always been a long and unfinished saga.

But one needs to remember that War and Peace is a very long -- and a very great -- book.