Someone Else Will Pick Up The Tab 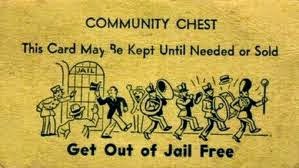 The Harperites promised Canada's Afghan Veterans a National Day of Honour. But they're not going to pay for it. Tim Harper writes:


Corporate Canada and True Patriot Love, the charitable foundation that is raising the money to get families to the capital to be properly honoured, deserve credit.

They have stepped in to allow the Harper government to do this on the cheap.

Harper and other VIPs, with corporate donations of $10,000 or more guaranteeing your company prime signage and related advertising for the event.

Companies will foot the bill -- and, for their charity, they will get to advertise. The model comes straight out of  the Jerry Lewis School of Fundraising:


Why would this government simply not decide that, on behalf of Canadians, they would tell these families, ‘You lost a loved one, you paid the ultimate price, we will pay to get you here so your loved one can be properly honoured by a grateful country?’

According to Harper’s chief spokesperson, the government was answering a corporate call.

Jason MacDonald said there was a “tremendous appetite” from corporate Canada to participate in this day.

“This allows them to touch the families of those who have paid the ultimate price, in a direct way,’’ MacDonald said.


The Harper government  -- for all of its hype -- has treated Canada's soldiers as cannon fodder. And they have debased the notion of charity to boot. All of this is done in support of one of the cornerstones of  Harperism: Someone else will pick up the tab -- financial, social, environmental.

And the government gets a Get Out Of Jail card in the bargain.

Email ThisBlogThis!Share to TwitterShare to FacebookShare to Pinterest
Labels: The National Day Of Honour

A private breakfast with stephen harper?

Who the fuck would want anything to do with THAT?

A private breakfast with stephen harper?

Who the fuck would want anything to do with THAT?

True, Isne. Homeless cats are more important to the Harpers than homeless people.

If I was one of those families, that lost a loved one? I would throw my plate of food, right into Harper's face. What a ruddy hypocrite Harper is. You couldn't pay me, to have a private breakfast with that monster. I would heave my cookies.

I hope those families, have nothing to do with Harper's hypocrite breakfast.

I could be wrong, Anon. But, given the closure of veterans offices, I suspect a lot of families feel as you do.

This is typical CRAP Party nonsense. Throw us some money and we’ll put up a sign that makes it clear to the families that you’re the guy with the “tremendous appetite” for the public relations value of funding Harper’s official Attaboys for their sacrifices. This doesn’t have to be something just for Harper and his political party; there’s a display of corporate citizenship opportunity in getting to be one of the official assistant Canadian stakeholders in the project.

“I’ll give you ten thousand. But I want to ‘touch the families’ and I want a sign put up that says who I am.”

So what the hell is Harper doing at this breakfast besides glad-handing with more of the stakeholders with bulges in their back pockets? And why a breakfast?

I might have bought it if it weren’t for the signs.

The signs are the give away, Jon. But it fits a pattern. This is the government which cuts everything -- except the budget for government advertising.