Racism In The American Psyche 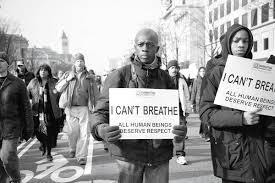 President Biden’s nominee for attorney general, Merrick Garland, sailed through his confirmation hearing before the Senate Judiciary Committee on Monday, providing Republicans nary a reason to oppose him (although some will). Along the way, he provided a seminar on race while implicitly revealing the utter cluelessness and intellectual shallowness of Republicans.

The Republican Senator from Louisiana -- who, unfortunately, is named John Kennedy  -- was particularly embarrassing:

The simple example of disparities in sentencing and incarceration for nonviolent marijuana charges opened an informed discussion of the myriad ramifications for Black Americans (e.g., access to college education, jobs, credit, business licenses).

That, in turn, made the faux outrage from Republican Sen. John Neely Kennedy (La.) over being accused of implicit bias all the more ridiculous. Garland patiently explained that it is not an insult or accusation but a description of the human condition.

Garland is a Jew. He knows something about bias. And it was interesting to note what happened while he was testifying:

the right-wing confab of the Conservative Political Action Conference (CPAC), which is holding a conference on the “cancel culture” later this week, was forced to cancel the appearance of a notorious antisemite. A more self-aware group might recognize that the “cancel culture” has nothing to do with politics, governance or America’s challenges; it is merely an invective thrown around when whining right-wingers are held responsible for racism and other bad behavior.

The Republican Party has been revealed as a crucible for hate:

It was easy to see which party is simply encouraging White grievance (Republican senators would have their base believe, “They think you’re all racists!”) and which is addressing a serious and pervasive issue in American society.

Clearly, racism has deep roots in some American psyches.

One thing that must be said for Trump is that he laid bare America's soul like no other president of the postwar era. He nurtured and cultivated every form of bigotry - racism, misogyny, nativism, xenophobia, white supremacy, the lot. He empowered it, he emboldened its adherents.

If you read Rubin's previous column she doesn't mince words about the Republican Party and the utter hopelessness of attempting to redeem it. The Gullibillies are now masters of the GOP house and Rubin echoes the voices of so many conservative Republicans that it's best to burn it to the ground.

Even Lindsey Graham, a career Air Force prosecutor, had the audacity to demand that Merrick Garland, as a condition of confirmation as A.G., undertake that the DoJ would not investigate Donald Trump. Mind-boggling.