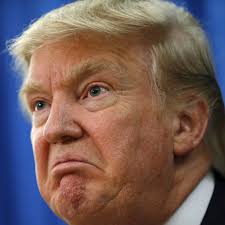 Chas Danner reports in New York Magazine that things are heating up in the Middle East:

On Sunday, a rocket was fired into Baghdad’s fortified Green Zone for the first time since late last year, landing less than a mile from the U.S. Embassy. No one was injured by the rocket, which according to the Washington Post may have been a warning shot from Iran-backed Shiite militias, who have used rockets to protest U.S. policy in the past. The harmless rocket was also precisely the kind of thing that Bolton and Pompeo have threatened to retaliate for, as they have said Iran will be held responsible for any attacks on U.S. forces or interests by its allies and affiliates throughout the Middle East. The rocket has thus fueled dread among Iraqi officials that the U.S. and Iran will act out some kind of conflict inside Iraq and destabilize the country.


That event brought an immediate Twittter response from Donald Trump:

“If Iran wants to fight, that will be the official end of Iran,” Trump responded. “Never threaten the United States again!”

The RAND Corporation’s Ariane Tabatabai . . . wrote on Twitter that Trump’s aggressive message was a step backward when the two countries need to be moving toward some kind of dialogue.

More concerning yet, this undermines the Trump administration’s efforts to reach the Iranian people,” she continued. “Threatening not just war but ‘the official end of Iran’ taps into deeply and historically rooted anxieties in Iran. Far from leading Iranians to oppose their leaders, it’ll rally them around the flag and cement distrust of the U.S.”


And Daniel Larison, of The American Conservative, came to a similar conclusion:

Trump’s rhetoric is aimed at appealing to his domestic supporters, so he doesn’t think about or care how it sounds to the targeted regime, but my guess is that the Iranian government will take this as additional proof that there is no point in talking to the U.S. while Trump is in charge. Over-the-top threats of destroying the entire country give the Iranian government another incentive to reject all U.S. demands, and they obviously do nothing to deescalate tensions between our governments when they are already very high. As usual, Trump’s public displays of “toughness” only make him seem like an overcompensating bully and give hard-liners in both countries another boost.


That phrase, "an overcompensating bully," fits Trump to a tee.

Email ThisBlogThis!Share to TwitterShare to FacebookShare to Pinterest
Labels: Trump And Iran

Don't you just love the way Americans use the word "regime" to denote any country's government that has the mere temerity not to agree 100% with the good ole USA? Even so-called progressives use the term, so far are we down the rathole we have all been conditioned to live in. "Regime" to the average person subtly denotes jackboots and some sort of nastiness not approved by those civilized persons running things in America.

From my POV, the Trump Regime running the outlaw USA against all international norms of law, regulation and procedure is entirely out of control. Change the tariffs on a whim, sanction a country by not allowing third party financial transactions with it through the New York clearing bank, threaten the end of life, bomb the hell out of a place for the fun and giggles it gives, then send in the jackboots worn by some Grade 7 reject from the inner city or Southern state, with no clue about anything and no idea that other countries might just like the way they are thanks all the same, without US propaganda promoting "freedom" and "liberty" being forced on them. Makes it easier to off the natives for not obeying shouted orders in English.