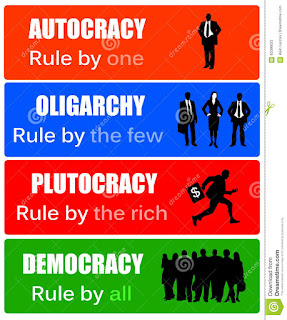 In Ontario, democracy is dying. The signs are everywhere. Martin Regg Cohn writes:

Judge for yourself, based on this day in the life of our legislature:

It begins with the morning question period. In fairness, it is not called “answer period,” but the premier of the day is expected to make a pretence of debate — perhaps resorting to self-deprecating humour or self-righteous anger to diss the questioner, dismiss the question, diminish the opposition, buttress his own government, but at least address the topic (or in rare instances, reply to a serious question with a serious answer).

Not today. The Official Opposition NDP asks about budget cuts, but Premier Doug Ford has a better idea.

Not only will he not answer their questions, but he will ignore the topics entirely, instead reading from a list — literally — of unrelated government announcements.

When the NDP asks about the future of ambulance services, the premier replies by boasting about his “buck-a-beer” strategy, bemoans “illegal border-crossers,” and decries the “job-killing carbon tax.” On cue, his majority Tories jump to their feet with standing ovations.

Ontario’s so-called First Government For the People has turned parliamentary democracy upside down: It shall be answerable only to its own members, but unaccountable to elected MPPs from opposition parties who captured more than 58 per cent of the vote.


And, outside the legislature, it's more of the same:

While the politicians talk past each other inside the chamber, anti-abortion protestors are outside on the front lawn. Progressive Conservative MPP Sam Oosterhoff slips out to address the crowd, vowing to make a woman’s right to abortion “unthinkable in our lifetime.”

Oosterhoff clearly feels strongly about the right to protest when the topic is abortion. But when a group of seniors walked into his Niagara constituency office for an unannounced book reading, days before, in protest against budget cuts to libraries and book clubs, his staff called police — and the MPP backed them up. (Beware seniors-cum-bookworms who stage sit-ins, let alone read-ins.)


Behold the Conservative Wave in Canada. It's not about the people. It's about power -- the people be damned!

Image: Dreamstime
Posted by Owen Gray at 8:40 am

Of course, loyal PC MPP Ted Arnott does nothing to stop this as Speaker of the House. Former federal speaker, Andrew Scheer, was equally useless. We need someone like the UK parliament's John Bercow to ride herd on these budding autocrats.

It's all about dismantling the guard rails, Cap. Bad things happen when we allow them to happen.

I hope nobody is surprised. HarperCon did the same thing at a Federal level. He turned his cold eyes on everything BUT never made eye contact with the person asking a question. And the Speaker of the House during those days, who coincidently is now the ReformaCon "leader" (I would suggest in name only) did and said absolutely nothing!

This is nothing but stonewalling and has nothing to do with Democracy. Imagine if that twit to the south of us had the ability to prorogue the Senate and the House down there. Yikes...

Precisely. Lulymay. The only thing these autocrats need to succeed is sycophants who will do their bidding.


Imbue people with a sense of grievance, victimization, real or imagined, and they'll clap like trained seals as you erase their democracy. I wrote a piece today about false majority government and how that degrades democracy and derails the notion of informed consent, governance by consent of the electorate. In this way we're ruled, not governed, and, so long as the Conservatives and Liberals have their way, we shall continue to be a ruled people.

There's also the problem of whether or not people can see they're being ruled, Mound. As one of Twain's two famous con men said, "Hain't we got all the fools in town on our side? And hain't that a big enough majority in any town?"

Contempt.
The most effective demonstrations of contempt are those performed by imbeciles in utter condescension to the unconscious other imbeciles who support them. The rest of us are just forced to be along for the ride. That’s what’s giving Doug his sweetest tingle.
For The Imbeciles.
Ford has taken unresponsiveness from the simple to the ridiculous. Go after the most egregious and easily demonstrable example of gutlessness on display. The opposition should return the contempt in kind by turning it on that worthless lump in the Speaker’s chair. Ford is behaving with absolute contempt for the process and Arnott has a responsibility to address it. A chairperson at any union meeting would understand that his ineffectualness in the position is actually at the focus of that contempt. Let’s see what happens when he’s challenged to fulfill his responsibility. I realize that he might not be man enough to care. So I’d be ready for whatever the depth of cowardice to which he might stoop. Challenge the ruling. Then go with the “unparliamentarily” and make a scene. Tell the best comedian in the caucus to be ready for the press. It’s a lot easier to deal with gutless people than what we’ve come to think and moreover, Doug isn’t the only guy entitled to a laugh.

And thanks for yet another reality check from Twain.

We seem to be electing bullies these days, John. We need to remember that bullies are really cowards. It's easy to forget that.

Your header graphic is most appropriate Owen, I am not sure exactly where we are on that scale but we seem to be moving up that list (in Ontario alarming so) ...Up the list and down the democratic sustainability list, perhaps the graphic is upside down?

Perhaps, Rural. I don't think we're at full blown autocracy yet. But we're headed in that direction.