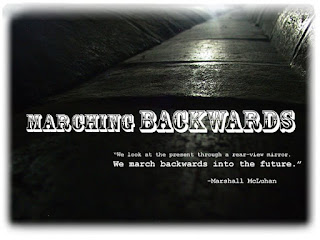 When it comes to education, Doug Ford firmly believes in going back to the basics. Martin Regg Cohn writes:

The premier is rebranding — by banning cellphones, banishing discovery math and abandoning an anti-sex-ed crusade he couldn’t sustain. Embarrassed by his shameless sex-ed cock-up and awkward climbdown, Ford is distracting people with mobile phones and dividing us over multiplication tables.

If the government’s latest attempt to silence cellphones sounds familiar, that’s because recycling old promises is what all governments do in a jam. With great fanfare, the Progressive Conservatives announced last March — you can look it up — that phones were out, only to reannounce it last week.

It proved to be a popular talking point. More to the point, however, school boards in Toronto and New York tried banning phones a decade ago, only to back off because today’s pocket phones are like yesterday’s pocket calculators.


Ford forgets that the math he vilifies was embraced by a former Progressive Conservative government:

Ford and Lecce insist on crediting the Liberals for this controversial innovation, perhaps not realizing it was first embraced by a previous PC government under then-premier Ernie Eves, who took office in 2002. Facing a decline in math scores that began when the his fellow Tories returned to power in the late 1990s, Eves convened a panel of experts that called for an “early math strategy” focused on “meaningful problem solving.”

In the aftermath, math scores started to go back up, then resumed their decline again over the last decade. But as the EQAO reminds us — and Lecce pointedly forgets — the latest data shows today’s students are doing better than ever on the fundamentals; where they fumble is in applying those skills to problem-solving.

All of which suggests the Tories have it backwards on back-to-basics: Students don’t need more fundamentals, they need more critical thinking to apply their skills to the world outside the classroom.


All of this retrograde rhetoric, Cohn suggests, is an attempt to distract from Ford's sex ed disaster:

It turns out that the sex-ed update he vilified on the campaign trail isn’t so vile after all. After summarily suspending it — and reverting to a two-decade-old curriculum last year — The Tories have quietly reinstituted it virtually in its entirety, with a few virtuous tweaks on timing and wording.


What is the larger picture behind the Fordian vision of education? Take a look a Ford's education brain trust:

Such are the priorities for our public school system, thanks to the triumvirate of Tories heading up our educational brain trust: a premier who dropped out of college; a minister who graduated from a private high school; and his parliamentary assistant (MPP Sam Oosterhoff) who was home-schooled and has yet to graduate from university.


Should we be surprised?

Image: marchingbackwards.blogspot.com
Posted by Owen Gray at 9:40 am

Email ThisBlogThis!Share to TwitterShare to FacebookShare to Pinterest
Labels: Ford On Education

What I find truly interesting is the bit of news I heard this morning noting the fact that all the related unions in the education system are without contracts. This autumn should be a real humdinger. Ford will either show his true colours or will crash and burn. Either way it won't look good for this particular gaggle of goons

Any of us can create a mess, zoombats. But, when it comes to these folks, the only talent they possess is a talent for creating a BIG mess.

Why do so many CRAP Party leaders lack the confidence to surround themselves with the counsel of anyone but kids - future candidates for the party leadership? The self-confidence issue aside, could it be as well that they're sparing the adults the embarrassment?

Another sick joke brought upon us by our stupidity.

Good point, John. It's important to remember that the collective we put these folks into their present positions.